For more than a year now I have been trying to get the final BC Coroner’s Service report into the suicide death of Sgt. Pierre Lemaitre, who was the the Media Liaison Officer (MLO) for the RCMP in October 2007 when Polish traveller Robert Dziekanski was Tasered by officers responding to a disturbance call at the International Arrivals area at Vancouver International Airport, YVR.

Lemaitre was found dead July 29, 2013, hanging in his home in Abbotsford. Two years later his widow, Sheila, filed a lawsuit against the RCMP and the Attorney General, claiming the Force made him a scapegoat for the fatal confrontation between Dziekanski and the RCMP and the resulting fall-out. I have written about the circumstances previously: Hindsight is 20/20 in YVR case

A year ago, I spoke with John Knox, the Special Investigations Coroner with the Coroner’s Service who is responsible for the file. He said the investigation wasn’t finished. I was incredulous. The man hung himself. For the Coroner’s office, whose responsibility is to investigate unnatural, sudden and unexpected deaths, determine a cause of death and ensure the relevant facts are put before the public either via a report or a public inquest, to be dragging their feet for two years at that point was incredible. A typical suicide should take no more than a month or two, three at the outside. What could possibly be taking so long?

Knox was unresponsive to my questions on the subject so I started digging around a bit and found out that Knox, to this date, now nearly three and a half years after the suicide, from what I can find out, has yet to conclude a file.

He has been with the Coroner’s Service since 2011. He was given the position of Special Investigations Coroner in 2012 to coincide with the launch of the Independent Investigations Office (IIO) where he was the designated Coroner to deal with all things police involved.

Prior to that he was a private investigator since 2005. In BC, that primarily means doing ICBC investigations, mostly sitting in the back of a van doing surveillance trying to prove fraudulent claims. His LinkedIn page says he was “specializing in personal background investigations, insurance claims investigations, witness location services and document service.” Document service? Well, that’s impressive.

What qualified him for this position?

Incredibly, the fledgling IIO, lacking in experienced investigators were to work with a Coroner’s Special Investigator himself lacking in investigative expertise in major cases as well. Well, what could possibly go wrong? Talk about the blind leading the deaf.

In the four years since being named Special Investigations Coroner, he has yet to complete a file, including stunningly, 26 cases resulting from the Pickton investigation. Another source in the office told me, “John doesn’t really leave the office. Even on local cases he sends people out to do his work.”

Then I was told about a recent suicide case of a municipal police officer in the late spring when Knox, instead of attending the family home, as is customary, required the widow to attend his office. He arranged for another coroner to sit in on the interview and said he was going to record the interview. He took his cell phone out then hid it and never told the widow he was recording the interview.

The coroner sitting 2nd chair was very uncomfortable with what was being done that a complaint was lodged with the Deputy Chief Coroner. This led to much upheaval in the office and after a couple of hours of what was described to me as a “raised voice conversation about the legality of recording without telling the person.” The DCC evidently said the service would support Knox.

In Canada, there has long been a legal standard called “One Party Consent” as it relates to recording private conversations derived from Sec. 184 of the Criminal Code, but that has been blurred by Supreme Court decisions mostly relating to the police doing it. And then there is the Personal Information Protection and Electronic Documents Act which further complicates this issue.  In this case, at the very least, the ethics are clearly lacking, let alone the lack of compassion for the widow of a serving police officer who had just tragically taken his life.

In 2011, following the appointment and subsequent departure of three Chief Coroners in a two year period, the service was in disarray. The BC Auditor General looked into it and issued a report with a number of recommendations in July, 2011. One of those concerned timelines of investigations. The service set a standard of 18 weeks. In August 2013, Chief Coroner Lisa Lapointe issued a response report saying that recommendation was “Fully or substantially implemented”

Well, evidently not, as the Lemaitre suicide case shows. Pierre Lemaitre took his life on July 29, 2013. Now, nearing the end of October, 2016 and no conclusive report appears forthcoming. Lemaitre’s widow is engaged in a lawsuit with the RCMP, two of the four members who attended YVR on that fateful night were shamefully convicted of perjury by a system looking for someone to scapegoat. And the Coroner investigating the suicide of one of the major players in the events of that fateful night in October, 2007 can’t seem to complete this or any other file.

Robert Dziekanski was on Canadian soil for 12 hours. Thus far, he has cost the loss of two lives including his own, more than $50 million of taxpayer’s money and four Mounties their careers and for two of them, possibly their liberty.

The story continues to get worse and worse. 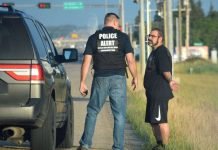 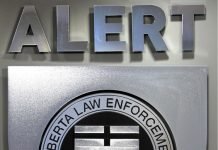 Edmonton couple in their 50s charged with human trafficking, including girls,... 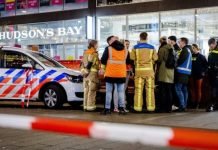 Three injured in stabbing attack in The Hague shopping district