Prime Time Crime
Wednesday, February 8, 2023
Home Crime & Punishment Wrong target in Media sights
So yet another firestorm has developed with the ravenous media knee-jerking their way into condeming the Vancouver Police Department based on nothing more than an anonymous email tipster to BCTV on Global. (Click on Internal Investigation to see the video story)

Is there a photograph of five members of VPD posing with a suspect in the jail. Apparently, according to Insp. Rollie Woods in a press conference called late Tuesday afternoon. And?

The officers involved were members of a downtown patrol squad and at least one a Sgt. in the Firearms Interdiction Team. By definition they have a difficult and dangerous job. In practice they go after guns and the bad guys who carry them. When they make a good arrest, they celebrate their efforts. And?

So they took a souvenir photo. And?

The suspect in the photo, as with anyone ever seen with a coat or newspaper they try and hide behind doing the perp walk, isn’t too pleased with his situation. Gee, I wonder why? In this case, a 40 year old man and a career criminal with 69 criminal convictions was caught by the police and now stands charged with multiple offences including carrying a concealed weapon.

By the way, that is 69 convictions, not 69 arrests. The number of arrests is much higher.

Despite the 69 convictions and the many more arrests and spending a life that takes from society not contributes to it, the suspect is afforded something the police are not – the presumption of innocence.

Was the suspect assaulted during the arrest? I don’t know and neither does the media with their holier-than-thou headlines. The process to investigate this allegation is in motion and we should let it take its course. The rush to judgement of the police is shameful. Moreso, the targetting of a good cop, in this case the Sgt. of the squad was identified but not the others, all the while ignoring the fact that the suspect in that photo should not have even been on the streets to get caught, yet again, by the cops who were actually protecting the rest of us, is all to predictable. 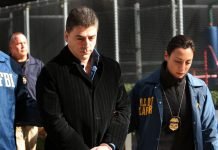 Gambino crime family boss gunned down in front of his Staten... 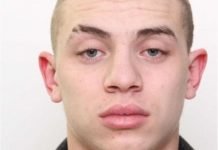