Last week infamous thief Tracy Lloyd Caza was breached by his parole officer and will likely serve the rest of his sentence. The warrant holding him in custody will expire in the days before Christmas.

He will be deemed to have paid his debt to society for brazenly stealing jewelry from the fingers of elderly patients in hospitals when they are most vulnerable. Whatever conditions still remain that were court imposed, he will inevitably ignore. He will then be free to wreak whatever havoc he will upon seniors in Vancouver until he is caught and a judge puts him back in jail. Again.

And it will happen again. Just as sure as God makes little green apples. He’s got nearly 60 convictions dating back to 1977 and dozens more arrests where charges were bargained away in a guilty plea deal. He has no trade, craft or other marketable skill, save and except being a thief, robber and a con man who preys on those most unable to help themselves.

No matter what, neither provincial nor federal corrections services have been able to alter Caza’s criminal ways despite more attempts than Carter has little liver pills. At what point should we say enough?

And Caza isn’t the worst. A few years ago I wrote a piece about Kevin Wayne Morgan. He had a remarkable 188 criminal convictions when I learned about him from business owners on Commercial Drive in speaking with them during a security seminar. It turned out there would have been no need for the seminar, were it not for Morgan.

One guy, terrorizing a whole community and he keeps being allowed out to continue the crime spree virtually uninterrupted save and except his frequent arrests by the police who dutifully place him, yet again, before the courts to get, yet again, another couple of weeks in jail to clean up and get released for another crime spree.

It’s unbelievable really. Morgan has amassed in his life in the vicinity of 200 criminal convictions. One of the tenets of sentencing guidelines is that judges must consider the protection of the public. As near as I can tell, in Morgan’s criminal career this consideration has been totally ignored. How else can you explain when I was watching his 189th conviction that he was given a sentence of 14 days for a crime that had a maximum penalty of ten years in the Criminal Code?

When is enough, really enough? 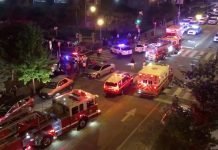 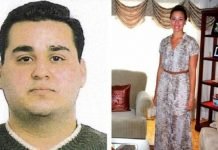