The more time I spend looking into the case of the four RCMP officers who responded to a call to YVR in October, 2007 which resulted in the tragic death of Robert Dziekanski, the more it appears they were railroaded, or scapegoated if you will.

The YVR four have been put through the ringer in this, pawns in a political game of blame, cultural ass-covering by their employer, the RCMP, and ultimately had their lives changed utterly and their careers effectively ruined. And two of them still face perjury convictions that are at best, a flight of fancy. Yet, all they did to deserve this was their job.

Regular readers will know that I have said publicly that they responded according to the way they were trained. The question then becomes “why?”

The mess started with then Media Liaison Officer (MLO) Sgt. Pierre Lemaitre released information which contained some factual errors and extrapolations or assumptions he should not have said.

The problem is not specifically with some inaccurate information in the ‘fog of war’ and all that, provided to Lemaitre in his initial briefing. That can be corrected as more information came to light as the investigation progressed. The problem was that the RCMP knew at the time that it was inaccurate and stood mute. They then exacerbated the problem when the officer in charge of the section responsible for the investigation, the Integrated Homicide Investigation Team (IHIT), Wayne Rideout, made a conscious decision not to correct the public record. That decision made it appear as though the RCMP had engaged in a cover-up with the release of the now infamous Pritchard video.

This, coupled with the public outrage over yet another death resulting from the use of a Taser, supposedly a non-lethal use of force, triggered the political knee-jerk that became the immensely expensive Braidwood Inquiry which led to another review by the Commission for Public Complaints (CPC) against the RCMP, which was also flawed, and ultimately to the formation of the Independent Investigations Office (IIO). Talk about a bad decision.

Now, I would never presume to understand the RCMP’s media relations strategy, but having had a foot in both camps over the course of my career I do come at this with a little knowledge. Had the RCMP come out at the time and said, “We’re sorry, but our MLO was given initial information which was later found to contain factual errors.  We strive to be as accurate as possible but in rapidly unfolding investigations this sort of thing does occur from time to time and was in no way the fault of Sgt. Lemaitre.” and gone on from there, the matter would have died in the news cycle of a day or two.

But they didn’t. And then, in the wake of the flawed Braidwood Inquiry report and the report made with great fanfare by Paul Kennedy, Chair of the CPC, the then-Commissioner of the RCMP, the bombastic bureaucrat, William Elliott, doubled down.

He conceived of a strategy that the Force would provide “Operational Guidance” to each of the four members blaming them for essentially, acting too quickly. The “discipline” isn’t that actually. It came in the guise of Form 1004’s which are designed to be “at the time” opportunities for supervisors to provide guidance to subordinate officers. You know the sort of thing where a direct supervisor says “That might have been handled better if you had. . . “ The RCMP policy says: “All entries on form 1004 are considered official notes. Each entry must be discussed with the member at the time or the incident and the member should be requested to initial and date the entry.”

They are to be kept on the member’s file for a period of two years. Unfortunately, Elliott waited for 37 months to provide “at the time guidance.”

The document was grieved by two of the four members and an Early Resolution (ER) discussion determined that the forms should be removed from all the members’ files.

But, what this was really all about was scapegoating the four so that the RCMP could say publicly they were “disciplined.”

They had a set schedule, everything timed to a fare-thee-well complete with talking points all set by Elliott. The brass at “E“ Division all smartly saluted and did their parts, emailing draft documents back and forth, making revisions, suggesting changes, but at the end, Elliott got his way and no one spared a thought, officially and publicly, for the four members at the sharp end.

I have seen many, if not most of the email traffic, the timing schedule and the talking points memo labelled, “Q&As on Discipline in the YVR Case.”

This went on for months and God knows how many hours of very expensive persons’ time to give the Commissioner the ability to use the word “discipline” in relation to the four members who responded to the  violent actions of Dziekanski.

And the worst of it is even though the 1004’s were wrong-headed, they are not supposed to be used for “discipline,” but for guidance. And the senior members of the RCMP knew that info contained within the 1004’s was just plain wrong.

An email exchange took place on November 26, the date on the final 1004, between Assistant Commissioner Peter German, then the Lower Mainland Commander and Staff Sergeant Mike Ingles, the Staff Relations Representative. Says German, “Good talking to you Mike. Attached are the draft 1004’s…plse get back to me re your wishes. As indicated, I hope to have the final versions on Monday for service on Tuesday….tx…pete.”

Ingles replied, “Peter, I’m not going to get into the merit of a 1004, that is the right of the organization to provide guidance that is misguided. What these members can’t accept is statements that if they accept become integrity issues. (sic) They didn’t meet privately with anyone. They were in police buildings in full view of everyone from start to finish. They didn’t discuss or fabricate notes, statements, or anything resembling that. I would like to be a part of helping to conclude this, but there is no way these will be accepted. What you had in June was what was appropriate for a 1004: guidance. These are a media release consistent with Braidwood’s report. Everyone in policing knows that the response was not as good as it needed to be, including the members involved no doubt, but that it was a response within the parameters of training.”

Then there’s this. In an email addressed to many of the the senior RCMP management in BC of the day, including Gary Bass, then the Commanding Officer of BC, A/Comm. Darrell Madill, then in charge of Contract and Aboriginal Policing (CAP), said: “Good evening Peter (German), as discussed with the Commr I have prepared the 1004’s and attached them for you.”

“The only changes to the 1004’s from those provided by the Commissioner for our joint review the other day were the following:

Call if you have any questions.

To which Bass replied copying German and the Commissioner Elliott, “As discussed in our telecom I have been in touch with the POBC (The Government of the Province of British Columbia) and they are fully briefed. In discussion on the issue of “failures at several levels”, they agreed and added that the POBC could be added to that list, that the fact that policy was inadequate was everyone’s responsibility. I add this as I think it further strengthens my suggestion that a re-ordering of the various documents, as discussed, would be beneficial.

I am enroute (sic) Ottawa this AM for a meeting and will be back in BC tonight.

One might ask what in the world the wording of Elliot’s “discipline” has to do with the provincial government? One might. But clearly this whole thing was a sop to the government and conceived by Elliott.

Why then? Well, there was the matter of the multi-billion dollar policing contract that was due to expire in two years and the fact that the government had served notice on the RCMP that they intended to have the RCMP fall under the BC Police Act in any new contract negotiations, which I might add, incensed Elliott .

Is that what this is all about? Is that why these four police officers were put through the meat grinder when they were just doing their jobs? To ensure the government was happy so the RCMP would keep their contract?

It seems to me they define the word scapegoat.

Trump to review case of Green Beret charged with murder of... 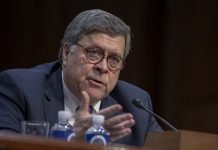 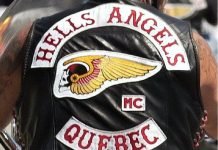 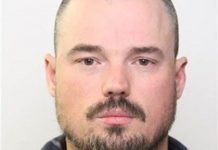 Man accused of sexual assault may still be active on dating...