In the midst of the snow Monday morning and a Vancouver commute already made bad by the closing of the Alex Fraser and Port Mann bridges due to snow bombs and slick conditions, Vancouver Police made matters worse by having the temerity to shoot a man armed with a machete who kept coming at them and ignoring orders to drop the weapon. 29th Ave. Skytrain was then closed and caused all manner of delays.

As with most things involving the police these days, there was citizen journalist video posted to Facebook and You Tube within minutes of the events. But as with most of these things, the video doesn’t tell the whole story.

The incident started at Stadium Station in downtown Vancouver. Police received multiple 9-1-1 calls about a man armed with a machete. VPD were responding to the station and Transit police also responded by jumping on a train heading east. They just happened to jump on the same train but in a different car to their suspect.

At 29th, the Transit police called for VPD back-up and one officer confronted the man who was acting angrily, possibly in a drug-induced or mental health related state. The other officer then cleared the train of all civilians.

They then tried to talk the man down, to calm him and get him to drop the weapon. One of the Transit officers was a trained negotiator and he tried everything he had to talk the guy off the ledge, so to speak.

On an iPhone video taken from the platform, you can hear police talking to the man and then, suddenly something goes awry. The man reacts adversely and angrily towards police, who were in plainclothes. The police can be seen backing out of the train rapidly with weapons drawn. One of the officers radios to Transit operations to remotely close the doors on the train and the other clears the platform of all civilians including the citizen journalist.

The next part is missing on the available video. The armed suspect who can’t open the doors on the train car, begins to smash his way out through a window. The Transit officers try, in vain, to prevent him from getting out to the point one of the officers had shards of glass in his hair and scalp afterwards.

Despite their efforts and concerns for their own safety from the machete wielding crazed man, they backed away and the man crawled from the Skytrain car onto the platform. The Transit officers continued to keep their weapons trained on the armed suspect and backed away as the man continued to advance ultimately up the stairs from the platform towards the exit where a great many civilians could be in harm’s way.

The next video shows the man walking up the stairs with the saw-toothed machete brandished in front of him point forward at the police officers. At the top of the stairs on a short platform were at least two VPD officers in uniform. Whether it was the uniforms or the drugs or whatever, the armed suspect turns sharply towards the VPD members and amid the ignored shouts to drop the machete and the VPD officers backtracking rapidly trying to keep a safe distance, out of the kill zone of 21 feet, one shot is heard and the suspect is down. The threat eliminated.
The Independent Investigations Office (IIO) were then called. From everything I saw and know from speaking to sources close to the investigation, the police acted professionally, courageously and well within the Use of Force provisions of the Criminal Code of Canada,

The IIO will take a year and a half or so to do all manner of nonsense to justify their existence and will come to exactly that conclusion. But they will cause a lot of stress to members involved in the process, spend stupid money doing needless tests on weapons that shouldn’t have been seized and uniforms of witness officers equally needlessly seized.

A couple of weeks ago, at the Canadian Tire on Grandview Hwy in Vancouver, I wrote of another VPD shooting. In that one, the suspect tried to rob the store armed with a knife. He stabbed a clerk and he met up with responding officers at the entrance. They tried to arrest the suspect still armed with a knife. One officer was stabbed so badly in the ground fight, he was disembowelled. He staggered to his feet and fired his weapon and collapsed. His partner ran to his side to provide first aid to his partner. A third officer with a long gun held his weapon on the suspect. When the suspect tried to get up again another volley of shots were fired and the suspect was killed.

What I didn’t know when I wrote about that shooting, was that it took the IIO more than five hours to arrive on scene. From their office in Surrey. And then only two of their so-called investigators could bother to show up. There were dozens of civilians and somewhere around 30 VPD members including the Emergency Response Team who showed up after all the shooting was done.

No matter, VPD had to secure all the witnesses, the scene and basically stand around with their fingers in their butts because the IIO required it. Not just the officers involved but everyone whether they were there at the time of the shooting or not.

The Keystone Kops, when they finally arrived, demanded the three identified subject officers, and at least five identified ‘witness’ officers surrender, not only their weapons, but their entire uniforms right down to their boots.

They actually tried to seize almost 30 weapons including those of the ERT officers who arrived after the shooting. Yes, I’m being serious. They tried but it was only the resistance of the VPD Duty Inspector in charge of the scene who dug his heels in at that stupidity.

Then came the problem that neither IIO investigators had the requisite certification to handle a weapon.

They didn’t even have a basic Firearms Acquisition Certificate. Apparently they don’t think the laws of Canada apply to them.

I still don’t understand how the IIO thinks they can seize witness officers’ weapons, duty belts and full uniforms without a search warrant. Certainly, if they ask and the officers consent, that is legal. But if any officer told them no, they would need a warrant as would any police officer in any investigation.

So, I asked their Director of Communications, Marten Youssef, under what authority they did that. Here is his reply:

“The IIO is a law enforcement agency with all of the powers and responsibilities prescribed to all police agencies under the Police Act (see section 38.07). As such, the IIO may seize all evidence necessary to carry out its investigation according to the relevant laws. This process is further guided by the Memorandum of Understanding Respecting Investigations between the IIO and all police agencies in B.C. Section 8 of the MOU speaks specifically to the seizure of evidence from a scene.”

In the first instance, the powers of seizure for all police officers is granted by the criminal code and I can guarantee you it doesn’t include the uniforms of officers not designated ‘Subject’ officers who are involved in a serious incident. There is no evidentiary value to take weapons not fired, and duty belts and uniforms of designated witness officers. The only possible exception is if there is blood splatter contamination.

In the second instance, the signatures of the respective Chief Constables on the Memorandum of Understanding (MOU) cannot supersede the Charter of Rights and Freedoms which protects every Canadian, including police officers, of the right against unlawful search and seizure.

So the answer is meaningless. The only possible answer is the incompetence of the IIO investigators. They don’t actually know what they should seize for investigative and evidentiary value so they try and seize everything.

I would not want to be a police officer in British Columbia who might have to rely on these clowns to decide my fate. 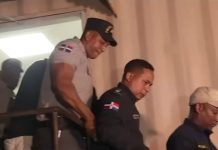 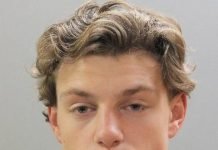 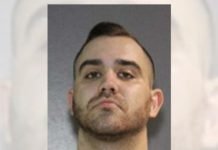 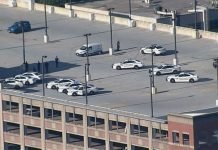