Prime Time Crime
Monday, November 28, 2022
Home Crime & Punishment Under-support equals under achievement
Well, now that the summer’s over it must be time to get back at it. Summer’s end also marks the end of the Beijing Olympic Games.
While I was on vacation I posted a quick hitter suggesting that Canada’s efforts in these Summer Games was less than stellar. I got accused of being everything from a fascist – although that one’s not particularly new – to being anti-Canadian.
I thought that one was a bit rich. Are we supposed to live in this over-taxed, under-achieving nation of naval gazers, this land of two founding notions and say everything is fine lest we be accused of being anti-Canadian?
What did we do at the Olympics? Sure there were some great individual achievements. I stayed up very late one evening enraptured by the race Simon Whitfield ran in the Triathalon. And the women’s diving was outstanding especially with the silver won by Emilie Heymans.
And then there was Priscilla Lopes-Schliep winning Bronze in the women’s 100 metre hurdles – outstanding. The race for the gold medal captured by the men’s eight in rowing, the heavyweight event of the Olympic regatta, was gripping.
But realistically, our federal government contributed a grand total of $8 million to our Olympic effort. It’s going to double for the next games. Big whoop. Australia, a country of similar size and GDP spends over ten times that. Oh, and they won 46 medals in this Olympics compared to our 18. In fact they won nearly as many Gold medals as we did medals.
The media was crowing about our total of 18 medals, of them, only three were gold. We are a G-8 nation people. Go take a look at how other G-8 countries like Australia or the UK did.
Face it, we are a nation of under-achievers. Caspar Milquetoast on valium. And, I should add, that is not our heritage. It is what we have allowed ourselves to become. We are a product of a system where our children are taught by the trendy-lefties dominant in the school system that it’s good enough just to show up, that we are all equal, that everyone who participates gets a ribbon or a medal or a trophy. Of course that is absolute nonsense.
But nonetheless, that is what we are allowing the socialist suckholes teaching our kids to do. While it may protect the feelings of some fat kid who can’t see past his next Twinkie, it does nothing to prepare the next generation for what awaits them in life, let alone instill in them the competitive fire in the belly necessary to be the best in the world.
If we want to be the best in the world, or at least be competitive with the best in the world, we must remove the barriers for our athletes. We cannot keep them living like paupers as they bow and scrape to some butthead bureaucrat to get a few crumbs from what should be a heavily laden table.
Some of the members of the Canadian Olympic team did absolutely outstanding things in these Games and for that they are to be cheered and their achievements celebrated. But they were able to achieve because they are outstanding people who understand what it takes to be among the best in the world and that it simply isn’t good enough just to show up. Their stories are the lessons our children should be taught. I don’t think that is anti-Canadian. Wanting our country to achieve more is pro-Canada and accepting mediocrity is not.
This isn’t about our athletes underperforming, it is about the country underperforming in support our athletes are not given.

A visit to Tommy Robinson in Belmarsh max security prison 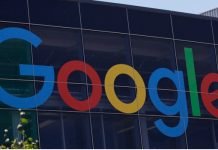 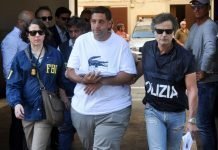 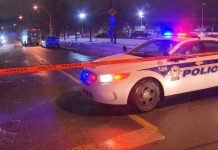 RCMP rescues girl held in captivity in a secured cabin near...