I have just finished reading an advance copy of Paul Palango’s new book: entitled Dispersing the Fog: Inside the Secret World of Ottawa and the RCMP.

Palango, who is no stranger to anyone interested in the RCMP and the problems that have befallen this national icon, walks the reader through a series of cases that have dominated the news headlines. From the Mahar Arar debacle through Project Sidewinder and up to the murder of the Mayerthorpe Four, Palango looks carefully at the reasons the RCMP keeps taking it on the chin.

But it is so much more than a look inside the travails of Canada’s national police force.  It is really an examination behind the scenes and the politicization of the RCMP to suit the needs of the real power behind the throne in Canada and he lays bare the systemic corruption that has everything to do with power and money for a small group and little or nothing to do with what is right for the country.

Palango methodically strips away the layers of obfuscation and lays bare the fabric of lies that ultimately ensures the RCMP can never be what Canada really needs of our national police force.

I have long described the RCMP as 133 years of tradition unhampered by progress and Palango nails it as he takes the reader on a roller coaster ride through some of the biggest headlines of the last decade.

The book, published by Key Porter Books, will be in bookstores in early November.  If you care about Canada, read this book.  Palango takes the reader inside the corridors of power and shines a light on the cockroaches that inhabit them.

The RCMP have already begun discreet inquiries to try and determine who may have given Palango information used in this book.  And that, in and of itself, illustrates what is wrong with the Force.  They are a fundamentally flawed, dysfunctional organization.  Instead of trying to fix their myriad of issues outlined by Palango, they initiated a witch-hunt to find out who let the cat out of the bag.

Palango has done a significant service to the country with his work on this book.  He should receive the Order of Canada for his efforts.  Instead, I fear he will be attacked mercilessly for his efforts by those who believe they are entitled to their entitlements.

Wait for it, unfortunately. 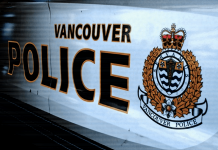 Bikers come from near and far for funeral of BC Hells...

Spin bears no relation to the truth