Prime Time Crime
Wednesday, December 7, 2022
Home Crime & Punishment Throw the bums out
If the first day of the new federal election campaign is any indicator, this is going to be a nasty fight.

On CKNW’s Bill Good show before the Prime Minister even got to Rideau Hall to ask for the dissolution of Parliament, Mark Marissen, the Liberal Party of Canada campaign director in BC, came out swinging at the scariness of Stephen Harper. He evoked all the usual nonsense – the Tories are controlled by the religious right; gay marriage will be banned; women’s right to choose will be revoked.

Clearly the Liberals are heading into the campaign bereft of anything remotely resembling an original idea. They stole our money then spent the days leading up to the non-confidence vote in the House trying to bribe us with what was left of it. I don’t know what’s more shocking. That they would try such an obvious ploy or that there are still voters in this country who would let them get away with it.

The Liberals have proven at every turn that they are a tired, spent force as a government. Paul Martin played politics to a fare-thee-well to cling to power. He crawled into bed with Jack Layton to get his budget passed last spring and even bribed Belinda Stronach with a Cabinet post to turn her back on her party and her boyfriend. And then, when the opposition began demanding an election after the first Gomery report, he had the temerity to say he wouldn’t play politics, he was too busy trying to govern.

The vapid Liberal spin in the past couple of weeks is insulting to any Canadian with a lick of common sense. The latest is that the Tories have got into bed with the Bloc and thusly threaten the nation. What tripe!

The opposition is made up of three parties and a handful of independents. For their own reasons the parties agree they lost confidence in a government bereft of a moral compass. That is hardly climbing into bed with anyone for any nefarious purpose.

Indeed, it is the Liberals and the corruption that was demonstrated in the Sponsorship scandal that ultimately is threatening the federation. Couple that with the appointment of Jean Lapierre, founder of the BQ, as Minister of Transport after the last election and it is the Liberals who threaten Confederation. But that doesn’t fit their spin now does it?

The Liberals will try and convince you that Stephen Harper is the boogeyman. Martin will try to sell himself as the only logical choice because they are the “devil you know.” Well, we do know them. They are the party of corruption, of patronage, of entitlement and the party of scandal.

It’s time to throw the bums out. 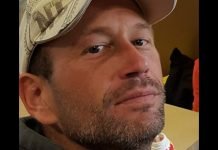 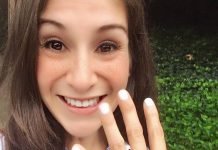 The Fat Lady isn’t singing yet