Prime Time Crime
Wednesday, February 8, 2023
Home Crime & Punishment The truth shall set you free . . .unless you are a...
During times of universal deceit, telling the truth becomes a revolutionary act. – George Orwell
The story of former Foreign Services employee Joanna Gualtieri’s battle with the bureaucrats in the federal government should make every Canadian angry. Not just pissed about a waste of taxpayer’s money, but “I want a Revolution” angry.
Gaultieri bore witness and tried to report to corruption and waste and tried to do her job. Apparently, telling the truth is a big mistake in the civil service. Now the mandarins who earn their living by sucking on the public teat are trying to crush Gualteri under a ton of legal bullshit.
So Gualtieri is saying that some foreign consulates are wasting money. Hmmm . . .I’d be surprised if ALL foreign consulates aren’t wasting money. She is saying that corruption is present at some foreign missions. Again, I’d be surprised if there wasn’t an element of corruption at all foreign missions.
I’ve seen this movie time and again. This is all about covering bureaucratic ass and nothing to do with what is right. The Tories need to step in and put a stop to this poste haste. They didn’t create this mess or condone the cause of it. But by allowing it to proceed, they appear to be in agreement with the process. And that is very, very wrong.
Leo Knight
primetimecrime@gmail.com
Share on Facebook Share
Share on Twitter Tweet
Share on Google Plus Share
Share on Pinterest Share
Share on Reddit Share
Read Full Article

The disgrace of Portland

New Epstein accuser claims he raped her when she was 15 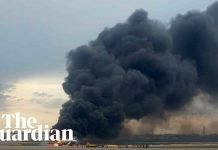 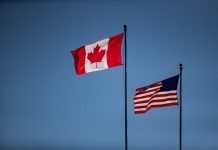 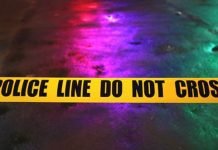 Man dead after shooting in Abbotsford