Prime Time Crime
Friday, December 2, 2022
Home Crime & Punishment The public deserves the truth about crime
In a story in the Vancouver Sun (Crime stories frighten public – Monday, July 31st, 2006) the RCMP Communications section has authored a memo suggesting the police should be releasing less info to the media because too many crime stories on the front pages frighten the public.

Given that the Lower Mainland leads the continent in property crimes and organized crime marches on virtually unimpeded, perhaps the public should be a little afraid.

The other amusing part is the suggestion that the RCMP is being too free with information. As a former member of the Force, where even member to member information sharing is frowned upon, the concept that the RCMP gives out too much information toppled my gyros.

For years the police have always distrusted the media and for the most part, vice versa. That is not to say those considered positions of mistrust were misplaced. One only has to look at the actions of CTV during the Graham McMynn kidnapping to understand why the police mistrust the media.

But, having said that, it seems to me that those types of situations could be avoided if the police worked harder to foster better relations with the media. The suggestion by this report obtained by The Vancouver Sun flies in the face of that aim.

At the end of the day, the police represent the public and do what they do in our name. How is it therefore responsible to keep us in the dark because the truth might frighten some readers?

I can almost see Jack Nicholson in Red Serge screaming, “The truth! You can’t handle the truth.”

I would suggest the vast majority of the public, though they may not like the stories telling them what is happening to their neighbourhoods, can certainly handle the truth. Indeed, with property crime running rampant, is it not malfeasant to not advise them? How can people take steps to protect themselves if they cannot appreciate the nature of the threat?

Anyone who does not have their head planted firmly in the sand – and those from StatsCan – instinctively knows crime is rising and the justice system seems powerless to protect the citizenry from becoming a victim.

(As a side note, readers should check out Scott Newark’s examination of the question of crime rates and the fudging of the numbers to delude the population. It is featured on the Contributing Writers section of Prime Time Crime.)

Equally, it seems to me that since the police are trying to do so much more with less, doesn’t it make sense to keep the public very much in the loop with what is happening on our streets? After all, the only way to get the attention of the politicians who allocate tax dollars is to have them think the public really cares about something. Educating the public to the reality of rising crime in our cities and towns is just the sort of thing that might get people angry enough to phone their MP or MLA demanding action.

Crime is a major problem in this country. Trying to shield the public from the fact is not the right way to go. It’s not the crime stories that frighten the public, it is crime itself.

What’s at stake for RCMP, prosecutors in SNC Lavelin case 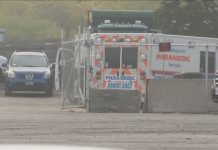 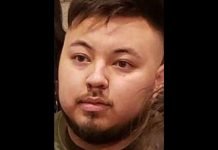 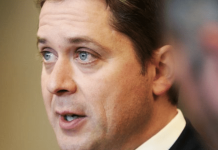 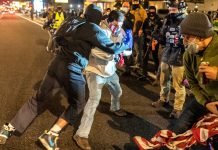