I wonder when the Vancouver Sun will finish its canonization of Ivan Henry, the rapist jailed in the early 80’s after a series of terrifying rapes in Vancouver.

Since Lenny Doust, the elder statesman of BC barristers, reviewed the case and said there were some procedural issues at trial which should be reviewed on appeal, the Vancouver Sun in particular and the mainstream media with the sole exception of Global BC, has endeavored to elevate this guy into another victim saint along with Donald Marshall, Stephen Truscott and, dare I say, Maher Arar.

Now we need to understand a few things about this case.  The Vancouver Sun has tried to paint a case against the Vancouver Police as is their wont, by portraying the image of Henry in a police line-up, being obviously there against his will, as though this was the evidence used to convict him.

It wasn’t and not by a long shot.

In fact, the VPD detectives handling the serial rape case knew that Henry had queered the lineup process by his resistance.  And let’s not lose sight of that little detail: it was the actions of Henry himself who made the lineup inadmissible with his physical resistance forcing the VPD to drag him into the lineup room.

So, they then put together a photo lineup and got their prosecutable identifications in that manner.  Additionally, in court all the victims that testified and at least two that were not called to testify pointedly, directly and without ambiguity, identified Henry as their attacker.

Henry knew the system inside and out.  He has more convictions and run-ins with the police than Carter has little liver pills.  He deliberately declined counsel and chose to defend himself against all advice from the Crown and the Bench. Yet, he went forward.

That he was convicted should surprise no one.  That his appeals went nowhere also should surprise no one.  That one lawyer, albeit a senior and talented one, should examine the file and determine there were some procedural issues which may (highlight the word ‘may’) taint the conviction is a far cry from screaming injustice and innocent man jailed as the Vancouver Sun has suggested.

Ivan Henry is a scumbag who was declared a Dangerous Offender by the courts and, as a result, has spent over 25 years in prison.  That is as it should be.  That he is being given the attention he has by the Vancouver Sun and painted as a victim is wrong at so many levels.  He was not declared a DO because of this conviction, rather it was because of a lifetime of crime which culminated with a conviction as a serial rapist.

As an example, Henry writes in his excuse-filled “Woe is me” statement, that he was forced into the lineup even though he wasn’t charged with anything and the lemmings at the Sun breathlessly report his words as though something horrible was done by the VPD.

The police do physical lineups as part of the investigative process in the hope that they may develop further evidence establishing they have the right suspect before a charge is laid. Any suggestion that the police did something wrong and Henry was hard done by because the VPD forced him into a lineup before he was charged is nothing more than a red herring.  Henry orchestrated that deliberately to nullify the effect of a lineup.  The only reason to do that was to try and create a possible avenue for appeal because he was – and remains – absolutely guilty.

And we know that because a jury said so, a number of victims said so in a courtroom as well, at least two rape victims said so who were not called to testify.  And not only that, but his wife, who he uses as an alibi in his statement trumpeted by the Sun, later gave police a statement of her own saying that everything he said was a lie.

In a conversation with one of the investigators, he said, “If this guy gets out and there is any justice, he’d move next door to [the columnist in the Sun.]  And I would happily pay his first month’s rent.”

Spin in the media is effective.  It can result in an innocent man being pilloried for no good reason.  It can also result in a guilty man going free.  Doust’s report is what it is and the system will have another look at the case. But, there is a wide chasm between procedural issues and innocence.

The Vancouver Sun should be more careful in who they are proposing for sainthood.

Winnipeg pastor guilty of arranging to meet teen for sex

Bodies of 11 infants found in ceiling of closed funeral home 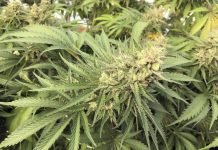 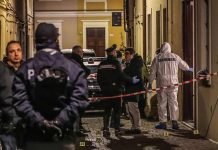 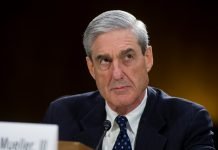