Prime Time Crime
Saturday, February 4, 2023
Home Crime & Punishment The madness in Montreal brings out the liberals
The madness in Montreal yesterday was tragic. On this morning after the shootings, the final tally of dead and wounded has yet to be made. The crime scene is still taped off and investigators are still interviewing witnesses and trying to make sense out of the mayhem.

It didn’t take long for the hand-wringers to come out drawing parallels to the 1989 misogynistic killings at L’Ecole Polytechnique also in Montreal. Some media outlets, were somewhat veiled in their headlines such as: Woman killed by gunman at Montreal College. The implication being obvious.

Hard on the heels of that, the liberal media tried to raise the issue of the Tories killing the bloated, expensive and totally ineffective long gun registry. Notice the quote in the piece by Lucienne Robillard, a senior member of the Liberal Party, which starts off, “As a woman in Montreal . . ..” One wonders if the writer of the report is being paid for his party political piece?

Fortunately for the beleagured taxpayers of Canada, the guns used by Kimveer Gill yesterday were legally obtained and registered just like the pandering Liberals envisioned.

And once again, the gun registry has proven it is totally useless. When will the liberals finally get it and finally shut up? Public Safety Minister Stockwell Day has tabled legislation to kill the ineffective, bureaucratic registry. One hopes, even with the minority government and the tenuous hold on power Stephen Harper’s government has, that the House will allow Day’s Bill to pass when Parliament sits again this Fall.

COVID-19: The latest guidance for Canadians on travel, quarantines and what...

12 NYPD members have died from suspected cases of coronavirus 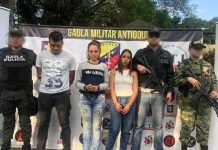 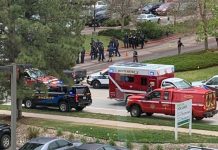 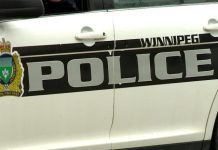 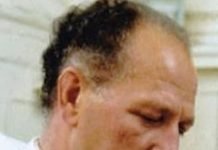 Teen, 19, kills ‘pedophile priest who abused him’ by ramming a...