Prime Time Crime
Sunday, January 29, 2023
Home Crime & Punishment The Lunatic fringe
While I would never credit the Anti Poverty Committee with any significant ability to engage in any level of critical thinking, they seem do have outdone themselves today for blatent stupidity.
While reading my morning Province newspaper, I came across a newsbrief stating the anti poverty group had planned a march on the downtown office of Vancouver MLA Lorne Mayencourt. According to their website, they are intent on presenting Mayencourt with their “People’s Budget.” They are demanding that the BC Liberals spend the budget surplus on housing the homeless and raising welfare rates. They are, apparently, planning on “direct action” if Mayencourt doesn’t speak to them.
They also said the expect the police to respond in a “violent manner.” Given their performance last week in the three hundred block of East Hastings, it would be more accurate to say they will do everything they can to force the police to engage them physically.
Well, I guess they will get what they want then. Mayencourt will, unfortunately, be unable to meet with them when they show up on his doorstep. He is on holiday in Mexico.
Idiots.
Leo Knight
leo@primetimecrime.com
Share on Facebook Share
Share on Twitter Tweet
Share on Google Plus Share
Share on Pinterest Share
Share on Reddit Share
Read Full Article 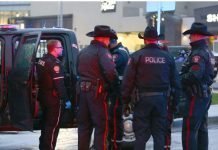 Jump in assaults on Calgary police, transit officers due to meth 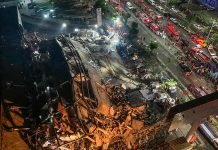 A crisis of confidence