Prime Time Crime
Tuesday, January 31, 2023
Home Crime & Punishment The Lesser of Two Weasels
I have had about all the stomach-churning rhetoric and blatent nonsense I can handle in this election campaign.
The economy in the USA, Iceland, Japan and many other parts of the world is in the toilet and circling the drain.  NDP leader Jack Layton and Liberal Stephane Dion can only scream “Why isn’t the Prime Minister doing something?”  Well, what exactly isn’t made clear.
Prime Minister Stephen Harper has not panicked and knee-jerked his way into doing something for the sake of appearing to be doing something.  That’s what a leader does.  A leader does not panic.
While I abhor some of the things the Harper government has done, or not done as the case may be, one cannot say he has been reckless, which seems to be what the lefty weasels are demanding.
Now, I know for certain that Dion’s Green Shift is a pack of stuff and nonsense.  But clearly, if it was stuff and nonsense a month ago, with the market meltdown, it  is unadulterated stupidity now.  But, Dion continues to say a Liberal government will adopt this in its first budget.
This is beyond reckless given the market situation, this is economic suicide.  Follow me here.  The so-called Green Shift, the term in itself was stolen without the permission of the owner of the name, is touted to be revenue neutral because carbon taxes placed upon carbon emitters would be offset by income tax reductions.
Okay. But if the carbon tax is designed to incent the carbon emitters to emit less doesn’t that also follow that that leads to paying less?  And if they are paying less and the income tax reduction is not recinded, isn’t that a recipe for deficit budgets? Well, you know it is, and I know it is.  But that ‘s because we can actually think something through.  And, of course, this simple concept doesn’t deal with the inflationary result because increasing costs on business means business has to reflect that cost on their price to the end user.  Simple economics.
But, apparently not simple enough for the critical thinkers who pull the strings on the most corrupt political party this country has ever had endure. And, if you doubt the accuracy of that statement please purchase Paul Palango’s new book: “Dispersing the Fog” and get back to me after you’ve digested it.
But simple economics seems to elude the other weasel as well, Jack Layton. I may climb a clock tower with a rifle if I hear the phrase “working family” or “corporate welfare” again. Is Layton so devoid of ideas that he must resort to the 1974 election campaign speeches of David Lewis who coined the phrase “corporate welfare bums?”  Layton’s stated policy of eliminating the so-called “$50 billion” in corporate tax cuts enacted by the Stephen Harper minority government may be ideologically sound with the ideological unsound on the political left, but it doesn’t make any sense in the real world.  I don’t care how you paint it, if government raises the cost to business of anything, then business must, by definition, pass that cost onto its customers which of course, means the buying public.  And that is true whether we are talking about oil companines, or financial institutions or the Ma and Pop corner grocery store.
Why would any political leader with any concept of reality want to add to the financial burden of the average Canadian family at this point in time with the American economy in free-fall and our economic times so uncertain?  Notice I didn’t use the term “working family” and instead used “average Canadian.”  The NDP seems to think the only people who “work” are single moms and union members.  Weasel the Lesser should try and see how hard people like you and I work to pay our taxes, our bills and try and keep a few shekels out of the hands of the government thieves for a rainy day.
The concept of a Dion government or a coalition Dion/Layton government is frightening at best and downright disastrous at worst.  Whatever one may think of Stephen Harper, he is, at least, a true leader and a careful steward of the country. The choice on October 14 is either Stephen Harper or the lesser of two weasels.
Leo Knight
primetimecrime@gmail.com
Share on Facebook Share
Share on Twitter Tweet
Share on Google Plus Share
Share on Pinterest Share
Share on Reddit Share
Read Full Article 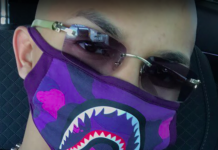 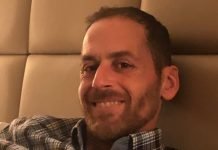 Body believed to be Martin Carpentier found in Quebec 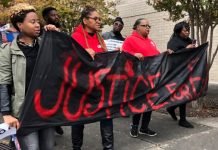 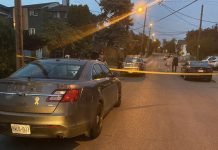 Two stabbed to death, a third killed by train behind crime...