Prime Time Crime
Tuesday, January 31, 2023
Home Crime & Punishment The King is Dead. . . Long Live the King
The Chief Constable of the Calgary Police Service, Jack Beaton, has served notice that he will not seek an extension of his contract and will retire as of December this year when his current deal expires.

Jack Beaton has been an ineffectual Chief and his departure announcement underlines that. We now have to bear witness to eight or so months of a lame-duck leadership after seven years of a lame-brained regime.

After several months of Beaton musing out loud, indicating to all who’d listen, that he was open to a contract extension and being deafened by the silence, he has now announced his retirement. But not without talking about his availability for other potential Chief’s jobs. Sorry Jack, no takers.

Since being appointed Chief Constable of the Calgary Police Service, Jack Beaton has been a resolute failure in my opinion. He claims successes such as G-8 but frankly that’s nonsense. G-8 in Kannaskis was the end result of a lot of pre-planning by the RCMP, CSIS, the Armed Forces, private security and the Calgary Police Service. Yes, CPS had a role, but frankly the role was limited as the main action was an hour west of the city.
Having said that, I did think their tactical, rapid response of CPS members on the 8th Ave. mall at the McDonald’s restaurant was poetry in motion. Some of the more radical elements of the looney left tried to do a “takeover” by moving quickly from the main protest group and we’re thwarted by the CPS Bike Squad so they were unable to stage their planned inanity. But what, exactly the Chief could claim as his own from that, is negligible, if anything at all.
Just a few days before he announced his delayed but inevitable departure, the Calgary Police Association put out a survey to its members. In and of itself, that’s not particularly unusual.
After all, their last survey was a year and a half ago. That survey yielded a staggering 75% disapproval rating in “senior management” of the Calgary Police Service.
But this survey is extraordinary. There are only four questions. The first of which is very telling: “Do you have confidence in Jack Beaton as Chief of Police?”
But what is more telling is the cover letter addressed to the members of the Calgary Police Service. In it, the Association President, Al Koenig writes: “Historically, there have been security issues surrounding the use of internal mail systems and we have been made aware that email sent via the CPS system to CPA offices as having been intercepted and therefore security as well as anonymity could not be guaranteed.”
While union rhetoric is expected, this is much more. It is, essentially, an allegation of illegal activity made by way of an instruction to its members. And it is made in such a way as to accept that the illegal activity is de rigeur.
Given that Beaton used an Anton Pillar order (a civil search warrant) to try and find out who was behind a web site critical of his leadership – or lack thereof as the case may be – this distrust is much more than union rhetoric.
So much so, that I asked a Calgary police officer what the mood was like in the department since Beaton’s announcement. The response was: “He needs to be gone a lot sooner. Jack can create a lot of carnage in the 8 months or so he has left, and he is vindictive and egotistical enough to do so.”
Beaton will have been Chief Constable for seven years when he retires in December, the longest serving Chief in Calgary’s history. But that won’t be the only thing that defines his legacy. He altered the hand-positioning in the salute offered by members of the Calgary Police Service to superior officers by 90 degrees. Good to know he had some kind of lasting effect.
Beyond that, there’s not much. So, why is he hanging around for another eight months?
Leo Knight
primetimecrime@gmail.com
Share on Facebook Share
Share on Twitter Tweet
Share on Google Plus Share
Share on Pinterest Share
Share on Reddit Share
Read Full Article

Video of two employees having sex in BC fire department at... 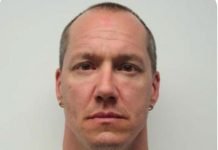 Serial rapist who terrorized Surrey released back into same community 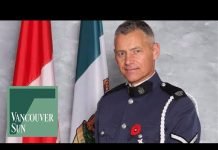 Man gets life for murder of Abbotsford officer 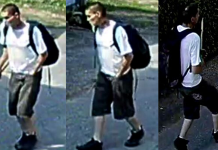