Prime Time Crime
Monday, November 28, 2022
Home Crime & Punishment The Injustice System
Since the tragic shootings in Mayerthorpe, the country has been paying some attention to the sad state of our justice system. It won’t last unfortunately, but for the moment at least Canadians appear to be opening their eyes to some of the issues at any rate.

The story on the front page of PTC about the criminal history of James Roszko is truly a sad condemnation of our criminal justice system. Unfortunately, that story is not all that unique.

A regular reader, CJ, who is a police officer and can’t post under his real name as a result, wrote a piece this week about an alternative to the usual methods of crime prevention. It’s called Incarceration. It’s available on the Contributing Writers page of PTC and I’d suggest you give it a read.

While a bit extreme in that you simply cannot and should not jail everyone, the concept of incarceration is simply no longer applicable in this country no matter how many times the young offender comes to the attention of the police. It’s been said the Youth Criminal Justice Act (YCJA) really stands for You Can’t Jail Adolescents. It would be funny were in not so horribly accurate.

The real problem in this country is one of accountbility. Years of successive “soft on crime” liberal governments have given the criminal classes, who start their activities as teenagers, absolutely no reason to change their behaviours. Simply put, there are no consequences for criminal behaviour and therefore no reason to correct or change that behaviour. Look at the mental meanderings of that goofy spokesman for the Border Services Agency in the story on the front page today. What absolute nonsense yet it is raised up the flagpole for the moronic media to salute.

I was speaking to a couple of Vancouver Police officers involved in policing the Skids the other day. The situation with the Honduran crack dealers is a terrific example of what is wrong with our justice system. The VPD refer to their efforts as the policing version of the game “Whack a Mole.” Again, it would be funny were it not so true.

Man stopped for no bicycle helmet wanted for Toronto murder 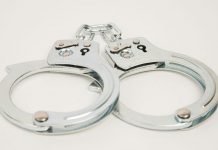 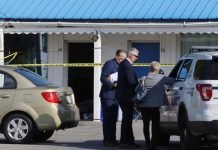 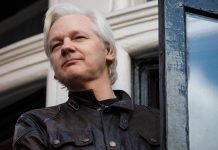