I know the Independent Investigations Office is struggling to demonstrate any relevance in their existence. I also know that they have demonstrated a significant level of incompetence since their error-laden launch in September of 2012 with the demonstrable lack of leadership displayed by the crusading Richard Rosenthal who seems to believe that virtually everything police do may somehow bear some criminal responsibility.

But, to demonstrate how absolutely redundant the IIO is, and, how utterly wrong-headed their construction and their raison d’être is, one only need to look at two cases in the past two weeks.

In strikingly similar circumstances, one on Saltspring Island and the latter in Abbotsford, BC last night, police responded to calls of a fight. When they arrive on scene they find unresponsive males. In the first, on Saltspring, RCMP officers arrived to find an injured, unresponsive male being administered CPR by two civilians, one of whom had non-life threatening injuries himself. Hmmm.

The RCMP officers took over the administering of CPR until paramedics arrived. The man later died in hospital.

Last night in Abbotsford, police arrive to find an unresponsive male at the scene of a reported brawl. They begin life-saving CPR until paramedics and fire responders arrive who take over the ministrations. Again, the man is pronounced dead in hospital.

The IIO will try and say they have asserted jurisdiction because technically, both were deaths in police custody. The obvious question is: in custody for what?

Both men were engaged in an altercation of some sort. The police were called in each case. They respond and find, in both cases, injured men in cardiac distress. In both cases the police administered CPR, albeit in one, they continued CPR started by citizens. In the other they initiated the CPR.

Now, we have to remember that the IIO, as explained by both Rosenthal and his chief investigator, John Larkin, believe their job is to gather evidence to prosecute police officers rather than to find the truth. An interesting and very telling parsing of words.

One fails to see what possible criminal behaviour police may have committed by trying to save two men’s lives. Seriously, what happens the next time a police officer finds someone in cardiac distress? Do they stand back and simply call paramedics knowing that any attempt to save someone’s life may result in their being read a caution saying, anything and everything they say may be given in evidence in a prosecution?

Or maybe they do exactly that and Rosenthal and his merry band of clowns say that by not doing anything they ‘MAY’ be guilty of criminal negligence even though it was the actions of the IIO in these two cases that caused them to not do anything.

The mind boggles at the stupidity of all of this.

At its full strength, the IIO has about two dozen investigators of dubious expertise. They are so short-handed because of Rosenthal’s leadership, or lack thereof, they have had nine newly hired “investigators” at the JIBC in the past month. But they don’t actually participate in police training. They only watch actual police officer recruits going through training.

One supposes the so-called leadership thinks monitoring actual training will actually prepare investigators to investigate serious incidents. Why they think that, one can only guess.

The other interesting aspect of this, is that had those officers, who tried in vain to save two men’s lives not been wearing a badge and a gun, they would have been covered by the Good Samaritan laws which exempt members of the general public from any sort of liability they might otherwise incur in a similar situation. But, because they’re cops, they have found themselves in the sights of the IIO.

Yes, this is ridiculous. Yes, it is the result of a plethora of errors by this government. But, yes, some good cops are going to go through the worry and rigours of being investigated criminally for trying to do their jobs and save some lives.

If you weren’t offended before, you now should be.

Pride Toronto’s change of heart on cops is all about the... 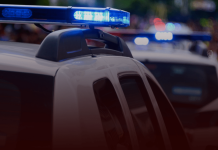 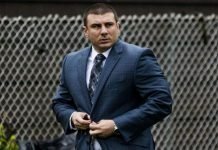 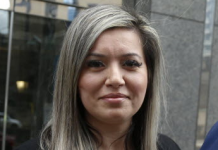 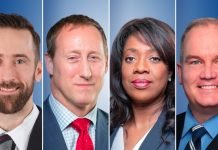