Prime Time Crime
Wednesday, February 8, 2023
Home Crime & Punishment The freedom to know
It’s high time our courts got rid of the ludicrous publication bans that are preventing Canadians from know what is going on in our names.

As proven in the Gomery Commission hearings, the media has changed and information has a way of getting out regardless of what the starched shirts want to see happen. The news is no longer disseminated on broadsheet pages. It’s digital, it’s fast and it’s everywhere. Information is king and efforts to slow or stop the flow are doomed to fail.

And so what? Our courts have traditionally tried to contain information within the four walls of the courtroom on the basis of ensuring the accused gets a fair trial and the public’s mind is free of any information which might bias their way of thinking.

But, can that argument really be made with any credibility any more? Look at the Michael Jackson case for the best argument that refutes the court’s position. Jacko may be whacko, but despite all the publicity he wasn’t found guilty.

I can’t imagine how there could have been any more publicity about that case both before and after the trial started. The web site The Smoking Gun even managed to get documents posted that the mainstream media had tried and failed to obtain. Anyone on the planet could have found out all the evidence including the details of the previous settlement with the other boy long before the first jurror was picked. Yet, the system worked as it was designed to do and a jury rendered its verdict.

Can anyone say that his rights were abused by the phalanx of publicity? Hardly.

It’s long past time the antiquated and moribund justice system in Canada allowed itself to join the rest of the world in the new millenium. A good start would be in the Pickton case. The trial against the accused serial killer is soon to start and the arguments about the publication bans are taking too much time and costing everyone too much money. Most especially the taxpayer.

The media will cover the case. The Blogosphere will report on the facts and rumours. But, at the end of the day, 12 people will responsibly do their duty no matter what has been said, broadcast or reported. 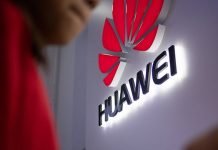 Canada only Five Eyes member not to ban Huawei 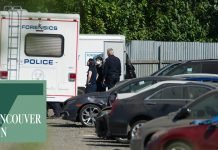 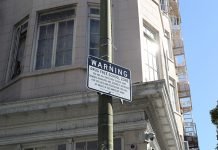 Life on the dirtiest block in San Francisco