Yesterday’s announcement by the BC Crown Counsel’s office that there would be no criminal charges laid in the tasering of Polish immigrant Robert Dziekanskie should come as no surprise to anyone with the ability to think and analyze what they were able to see with their own eyes in a little over a minute of very available video, broadcast widely on news stations in Canada and on the internet.

I said at the time that the RCMP members who responded to a violent and apparently emotionally and mentally unstable man at Vancouver International Airport did exactly as they were trained to do and now the Crown Counsel has backed up those members.

That Dziekanskie died is sad indeed to those that knew and cared for him.  Albeit, the information that has come to light in the intervening time seems to indicate that there were precious few of those.

No indeed, the bloodlust whipped up by the media seems to have been all about their own particular ideology which in general is to play “gotcha” journalism and, in specific, is to attack the actions of the police.

But despite the attempts of the assembled media hounds baying for the blood of the RCMP members in this case, the Crown has made the correct decision and the police officers involved have been vindicated in the actions they took on that fateful night.

But, let’s be very clear, every media outlet in this country all but called this an execution of an innocent man at the hands of the police.

And they were wrong, at every level.

The Mounties responded well after Customs and Immigration (now CBSA) dropped the ball, as did airport security, letting an agitated man stew for a dozen hours in a secure area not knowing where to go, what to do, or indeed, how to help himself.

He was plainly visible on their security cameras.  They had to see him, time and time again for 12 hours.  And yet they did nothing until the behaviour of the nicotine and alcohol-deprived addict became so egregious the police were called.

And, as yet, no one from those organizations has said word one about why they failed in their jobs, preferring to let four young members of the RCMP dangle on the end of a rope not of their creation. And for some strange reason, they have been given a big wide pass by what passes for mainstream journalism in these strange times as the fourth estate aggressively attacks those whose job is to protect us.

The police officers who attended knew they were dealing with an irrational man in an agitated state.  They approached him carefully using hand signals to try and calm him.  When the man escalated his behaviour they engaged him physically and used a Taser – exactly as they were trained to do.

Complain all you want about the training, the Canadian Border Services Agency, airport security or the media frenzy, but the four members of the RCMP who attended and dealt with Dziekanskie did absolutely nothing wrong and all of the media attempts to appoint them as the bad guys in this movie are shameful.

The videotape tells the truth. The media would have you not believe your eyes and instead believe their whipped up frenzy and bloodlust for the police.

“Who are you going to believe, me or your own eyes?” seemed to be the line of thinking.

The RCMP may be a lot of things and have a lot to answer to the Canadian public as depicted in Paul Palango’s masterful work: Dispersing the Fog, but those four members, all since scattered hither and yon by the Force, did their job on that night.

And, as near as I can see, the mainstream media didn’t do theirs that night or on any day or night since on this file.

California ‘house of horror’ parents sentenced to life in prison

Canadian values need to be protected in justice system 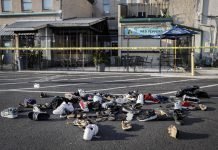 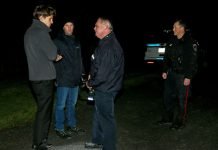 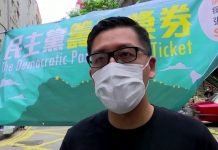