Prime Time Crime
Monday, November 28, 2022
Home Crime & Punishment The bath is getting crowded
Well, as witch hunts go, Calgary Chief Jack Beaton certainly doesn’t hold back. The story headlined on Prime Time Crime’s front page today, Chief won’t give up the hunt demonstrates just how out of control he is.

Is it possible he does not realize that by his actions he is proving the Standfirm group were accurate in their assessment? They talked about bullying and retribution and failing to adhere to the Core Principles espoused, but apparently not practiced by this chief.

I was in Calgary yesterday and had to covertly meet with a couple of Calgary cops. They described a climate of fear pervading the department. Members are trying to burn off lieu time hours, taking days off, calling in sick, leaving early and generally doing anything to avoid the Beaton freight train. Said one officer, “Paranoia is running rampant in HQ with many trying to avoid the Chief and his deputies at all costs. ”
And it didn’t stop there. “The climate of fear and terror in CPS is enormous. I’ve never seen anything like it in my life!” And why? Because Beaton can’t take criticism that certainly appears to have been well-founded. And, he is proving every day just how accurate that criticism was.

And what’s with the President of the Calgary Police Association? Let’s take a look at the quote attributed to him in the Global stoy. Here’s the quote:

“There appeared to be about 15 people that were regular contributors,” says Koenig. “Now, 15 people out of 2,200 employees is a pretty small amount and they were the same complaints from the same people. If we were to see a couple of hundred different names on there, then there would be cause for concern but at this point it does seem to be a rather small group.”
Well, in the first place, I would wonder how he knows there are only 15 people involved. Certainly, that number has never been discussed in any other forum. Inside information perhaps? And what does he mean when he says if there were a couple of hundred it would be a different matter? He had well over 400 responses to his own survey last summer that showed 70 per cent had lost confidence in the chief and senior management.

I think it is also interesting that any police association is prepared to stand by when senior management are conducting a witch hunt and apparently, is prepared to say 15 members are not a cause for concern. It’s a bloody great concern and Koenig should be roasted by the membership for his malfeasance in not standing up to this bullying style of management. Or perhaps I should say cooperation. For it certainly looks to me like he has rolled over and allowed Beaton to scratch his belly like an old hound dog.

As an aside, where has the Calgary Sun been in all of this? To the best of my knowledge they have barely noticed this story. Why? Every other member of the mainstream media has covered the story and the Calgary Herald, A Channel and CBC have even committed their lawyers to getting the files unsealed. What happened to the Sun’s duty to the good citizens of Calgary? Or are they drinking the same bathwater as Beaton and Koenig?

Quebec man dies after being shot in St. Maarten robbery

Iran’s coronavirus lies are putting Iranians – and Canadians at risk 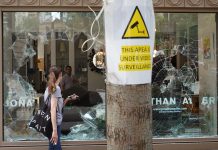 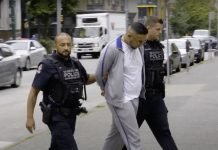 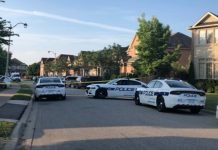