Prime Time Crime
Wednesday, February 8, 2023
Home Crime & Punishment Tax man finally shows up in OC battle
The extraordinary announcement of the successful conclusion of Operation Colisee by police in Quebec and Ontario is stunning. Not just because they took down members and associates of the Rizzuto crime family, including patriarch Nicolo “Nick” Rizzuto. Nor is it stunning that they have arrested 73 of them with warrants fro 17 more.

But, largely because this project was done with the full involvement of Revenue Canada investigators and they are actually going to seize assets of the mobsters.

For years the police have been trying to get CCRA to take an interest in organized crime files to little or no avail. Especially when it came to taking on the Hells Angels, the tax guys were conspicuous by their absence. Too scared was what the cops were saying.

Using income tax law to go after organized crime is a tried and true method, dating back to the days of Al Capone. Not so in Canada, at least until this week anyway.

Organized crime may use legitimate fronts for their various endeavours, but make no mistake about it, the vast majority of their money is dirty and untaxed. It’s about bloody time CCRA got engaged in a game they have for too long ignored. 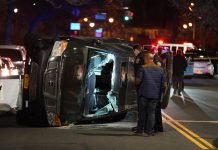 Teen killed after jumping out of stolen vehicle pursued by NYPD 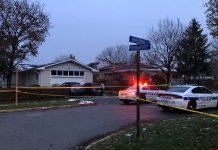 Man dead after being tased by police in Mississauga

Killer asks Court to give society a lump of coal for...