The theological place of eternal punishment must surely be nearing a temperature below 0 degrees Celsius for I find myself in agreement with BC NDP leader Carole James on the subject of the Harmonized Sales Tax (HST).

On July 23 the Liberal government of Gordon Campbell announced they would bring in the HST next year.  There was no mention of this during the recent election and the minister responsible, Colin Hansen, has been all over the media denying that it was on their radar during the campaign.  Anyone who understands the glacial-like speed at which governments work will viscerally understand that the minister is being economical with the truth.

Try as I might, I am trying to find something in what Hansen has been saying that rings true. Hansen’s spinmeisters are having difficulty selling what is nothing more than a tax grab by the very government who used to claim that tax hikes were anathema.

Any simple look at the HST will reveal that things that used to be tax free such as children’s clothes and restaurant meals will cost 7% more with the HST.  The minister says, and with a straight face I might add, that the HST will be “revenue neutral” and he repeats it as though a mantra.  Well, it won’t be anything of the sort.  The average household will pay $1,000 to $3,000 more in tax a year and the government coffers will grow by $1.2 billion in that same year.

The spin also suggests that this will save business over a billion dollars a year in efficiencies because they will no longer have to file dual returns.  Yeah right.  The governments, at all levels, impose so much red tape and paperwork on business that it would take a lot more than the HST to cause any sort of meaningful savings to business that can be quantified in the billions.

However the government of Gordon Campbell tries to spin this, it is a tax grab.  Worse, it is a tax grab that was obviously planned before the election campaign that was not put on the table in front of voters. And that is offensive. 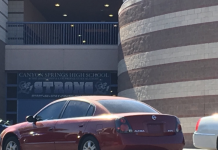 One dead in shooting at North Las Vegas high school 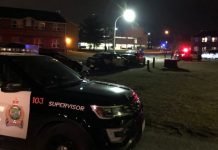 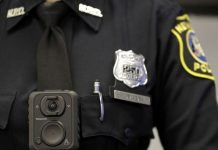