In the wake of the recommendations for police use of Conducted Energy Weapons (CEWs) or Tasers if you will, by Judge Thomas Braidwood conducting the inquiry into the death of Polish traveler Robert Dziekanski at YVR, the government of Alberta also issued its own recommendations (remarkably similar to Braidwood’s) to police in that Province.

What I found interesting was the RCMP took a couple of days to respond before saying they will abide by the Solicitor General’s new guidelines.  Oh, to have been a fly on the wall of K Division headquarters listening to the discussions.  Do we or don’t we?

The RCMP, as the federal police force in Canada, are subject to the RCMP Act for matters of legal procedures, discipline and such. The Commissioner’s Regs and Orders is the other ‘Bible’ that guides the RCMP.  Provincial legislation such as the BC Police Act or the Alberta statute governing municipal police forces simply don’t apply to the RCMP. They were under no legal obligation to even respond to the directive put out by the Alberta Solicitor General.  Yet, they acquiesced in short order.  Why?

Well, one suspects it has everything to do with the pending contract for provincial policing services due in 2012.  But, colour me a cynic.

Tasers have been in widespread police use since the early ’90s and have been controversial in that time because of indirectly related deaths.  Taser use has even spawned new psycho-babble terminology such as “excited delerium.”

Braidwood delivered, for the most part, well-considered and logical recommendations in his report.  Although, the part saying police could only deploy CEWs in criminal investigations is a head scratcher.  By definition, if the police feel they or others are in danger it becomes a criminal investigation.  So why the need for redudant terminology?

Twenty five years ago, police were taught things like ‘ground fighting’  –   what the average person would call ‘dirty fighting’ – and a variety of chokeholds to control agressive suspects.  The Marquis of Queensbury Rules don’t apply in a street fight. Equally, a policeman’s life expectancy is direcly related to his or her ability to finish a fight.  The scumbags start them, but a cop has to finish them.

In those days we used flashlights (3 cell Maglites or Kelites) as weapons.  We also used batons.  And we choked people to control violent behaviour.  When a cop choked a non-compliant suspect unconscious, it was called “making them do the chicken” – which referred to the flopping the suspect did when rendered unconscious.

And sometimes, when engaged in a ‘knock ’em down, drag ’em out’ fight, stuff happened, people got hurt and occasionally died.  Because that is the nature of a violent struggle.  Stuff happens.

Well, imagine what might have occurred to Robert Dziekanski had the RCMP engaged him with batons, flashlights and chokeholds.  My bet is that he would have died in that circumstance as well.

Dziekanski was an alcoholic in withdrawal.  He was also a 3 pack a day nicotine addict who was exactly about 15-20 hours into nicotine withdrawal when he landed at YVR. Let’s assume he was a little agitated when he arrived in the Customs Hall at YVR some 12 hours before the RCMP would have their 30 second interaction with him.

The problem with all of this is that an instrument like the Taser has caused police to default to it to avoid the unpleasantness that is a fight to subdue a violent or resistant suspect.  And, I would argue that the default position was created because the squeamish hand-wringers felt it was unfair when the police went ‘hands on.’ So, the situation created by the hand-wringers is now causing those self-same weasels angst.

And now Braidwood, with the Alberta government in lock-step, has brought into effect guidelines that dictate to police when they can and cannot deploy a CEW.

In Edmonton this past spring, police attended an apartment on a disturbance call.  Routine – a dime a dozen call as it were.  Officers on arrival were met by a distraught female armed with a large knife.  A CEW was deployed and the woman was taken into custody.  Nobody died that night.  The Taser was the difference between a nine millimeter bullet and life for the woman.  That story, though relaeased by the Edmonton Police Service media relations folks, didn’t get any traction with the media.

So, what of the new regulations?  Well, on the surface of things they are little different than the guidelines brought out by the RCMP last February.  Police are to use a CEW only when and if they or someone else is in fear of bodily harm.  It is no longer to be used as a ‘compliance device.’

Fair enough. But I don’t want to hear the complaints when the hand-wringers come across a police officer with a chokehold on a perp that  makes him do the chicken.  Or the inevitable whingeing about four officers struggling on the sidewalk to control one hopped-up methhead.  Yet, that is what will happen, I guarantee it.  And, I will also guarantee that someone will die as a result of the hand to hand fighting that will be the inevitable result of the restrictions on Taser use.

The hand-wringers want but can’t have it both ways.

Support for cop charged with murder 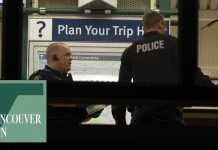 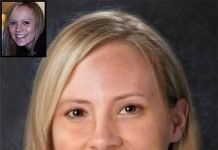 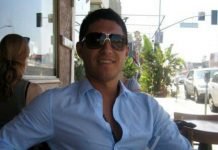 IIO still dysfunctional while millions are wasted on this folly