Well, election madness is upon us, whether we wanted it or not.  And one of the things we know inherently is that we are about to be subjected to spin on an unprecedented scale.

I received this email yesterday that I thought worth sharing with you.  I thought it particularly poignant.
Hi Leo,

I just watched a local news station do a story on the dirty politics between Stephane Dion and the conservative government.  They actually said that Dion wanted to “increase” the restrictions on several kinds of firearms, “including the type that was used in the Montreal Dawson College shooting.”  Then the story ends and they go on with the next really quickly to a service for those who recently lost their lives in the CF.

What many people don’t already know is that at the time that massacre occurred, those Beretta Storm’s were restricted firearms.  Now they are already prohibited, at least according to my local gun store.  As are all bullpup arms.  So how can they increase any further restrictions on a prohibited firearm?

This upsets me because they don’t bother to explain to the public the difference between non-restricted, restricted, and prohibited.  They just use an angle that serves their purpose — at the shameful expense of those victims.

I would greatly appreciate it if you could do a blog entry on firearms and this liberal spin thats been going through the news and schools.  Criminals don’t get guns by going through the RCMP, they illegally import them, or steal them from registered lawful owners because of the registry itself.  Granted, handguns have been registered for decades, but this longarm registry needs to go — and besides, you can’t hide a 44″ to 48″ rifle in your pants.  There are big lists by the NRA using real statistics to show that its better for us to be a lawfully armed society.  They show that as criminals are more comfortable with the idea that you are not armed, crime increases.  And saying that guns kill people is like saying spoons made Oprah fat.  If there weren’t guns and people were so dead-set on killing, there would be knives, and thats already a problem.  But a person who thinks of pulling a knife on a lawful citizen who might have a carry licence would think several times before doing something stupid.  You can sort in a list the States in an increasing order of gun control, and they are nearly the same states with the same order of increasing crime.  That should speak volumes, but the majority of people in Canada don’t recognize that each state have set their own laws, and the states where people are allowed to carry, there is virtually zero crime.

I do agree that in Canada there should remain laws about concealed weapons.  We should be a shall-carry instead of a may-carry society, and wear it proudly on our hip as a symbol of lawfulness.  But for whatever reason they think we’ll have shootouts and high noon duelings, even though dueling (with guns or swords) has been illegal for a very long time.  That is, mutually agreeing to a fight without fists.  Mutual agreement of any public display of violence should be against the law, and it is in regards to disturbing the peace.  But we get youtube’s of schoolyard fights and the person who never wanted to fight at all has to save face and pretend it was ok on camera.

The “40 reasons for gun control” posted around the magazines, people don’t see that it was written as a criticism for gun control.  You have probably seen it around but if you haven’t I’ll attach it below for your own humour.

Thank you very much for reading,
I enjoy reading you,
Jay Demmery

4. The Brady Bill and the Assault Weapons Ban, both of which went into effect in 1994 are responsible for the decrease in violent crime rates, which have been declining since 1991.

5. We must get rid of guns because a deranged lunatic may go on a shooting spree at any time and anyone who would own a gun out of fear of such a lunatic is paranoid.

6. The more helpless you are the safer you are from criminals.

7. An intruder will be incapacitated by tear gas or oven spray, but if shot with a .357 Magnum will get angry and kill you.

8. A woman raped and strangled is morally superior to a woman with a smoking gun and a dead rapist at her feet.

9. When confronted by violent criminals, you should “put up no defense — give them what they want, or run” (Handgun Control Inc. Chairman Pete Shields, Guns Don’t Die – People Do, 1981, p.125).

10. The New England Journal of Medicine is filled with expert advice about guns; just like Guns & Ammo has some excellent treatises on heart surgery.

11. One should consult an automotive engineer for safer seatbelts, a civil engineer for a better bridge, a surgeon for internal medicine, a computer programmer for hard drive problems, and Sarah Brady for firearms expertise.

15. “The Constitution is strong and will never change.” But we should ban and seize all guns thereby violating the 2nd, 4th, and 5th Amendments to that Constitution.

16. Rifles and handguns aren’t necessary to national defense! Of course, the army has hundreds of thousands of them.

18. In spite of waiting periods, background checks, finger printing, government forms, etc., guns today are too readily available, which is responsible for recent school shootings. In the 1940’s, 1950’s and1960’s, anyone could buy guns at hardware stores, army surplus stores, gas stations, variety stores, Sears mail order, no waiting, no background check, no fingerprints, no government forms and there were no school shootings.

20. Guns are so complex that special training is necessary to use them properly, and so simple to use that they make murder easy.

21. A handgun, with up to 4 controls, is far too complex for the typical adult to learn to use, as opposed to an automobile that only has 20.

22. Women are just as intelligent and capable as men but a woman with a gun is “an accident waiting to happen” and gun makers’ advertisements aimed at women are “preying on their fears.”

23. Ordinary people in the presence of guns turn into slaughtering butchers but revert to normal when the weapon is removed.

24. Guns cause violence, which is why there are so many mass killings at gun shows.

26. Any self-loading small arm can legitimately be considered to be a “weapon of mass destruction” or an “assault weapon.”

27. Most people can’t be trusted, so we should have laws against guns, which most people will abide by because they can be trusted.

29. Free speech entitles one to own newspapers, transmitters, computers, and typewriters, but self-defense only justifies bare hands.

31. Charlton Heston, a movie actor as president of the NRA is a cheap lunatic who should be ignored, but Michael Douglas, a movie actor as a representative of Handgun Control, Inc. is an ambassador for peace who is entitled to an audience at the UN arms control summit.

32. Police operate with backup within groups, which is why they need larger capacity pistol magazines than do “civilians” who must face criminals alone and therefore need less ammunition.

33. We should ban “Saturday Night Specials” and other inexpensive guns because it’s not fair that poor people have access to guns too.

34. Police officers have some special Jedi-like mastery over hand guns that private citizens can never hope to obtain.

35. Private citizens don’t need a gun for self-protection because the police are there to protect them even though the Supreme Court says the police are not responsible for their protection.

36. Citizens don’t need to carry a gun for personal protection but police chiefs, who are desk-bound administrators who work in a building filled with cops, need a gun.

37. “Assault weapons” have no purpose other than to kill large numbers of people. The police need assault weapons. You do not.

39. Trigger locks do not interfere with the ability to use a gun for defensive purposes, which is why you see police officers with one on their duty weapon.

This wooden door stood between shooter and 80 worshippers. Somehow it... 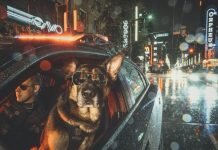 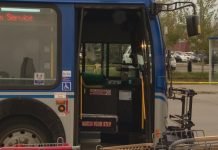 Teen charged with attempted murder in stabbing of bus driver 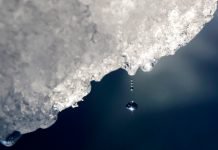 The madness in Montreal brings out the liberals