Just when you think the insanity in Corrections Canada cannot get any worse, they prove it can. (See Escaped prisoner enjoys privacy rights )

As I contemplated that particular bit on nonsense, I received the following from retired Vancouver Police Inspector, Bob Cooper. It needs to see the light of day.

Although there is never a lack of horror stories involving Corrections Canada, this one’s a beauty. A convicted killer escapes from prison and Corrections Canada is more concerned with his privacy rights than they are about the safety and security of the law-abiding populace. Citing provisions of the Privacy Act they refuse to release his photograph to the news media saying that the inmate would first have to sign a release! If this is even true, which wouldn’t surprise me, then the Act is in serious and immediate need of amendment. I rather suspect this is a case of an overzealous bureaucrat taking the most narrow interpretation of the Act, otherwise why would they photograph convicts to begin with? Perhaps for a Before and After version in which the piercings and tattoos are ‘photoshopped’ out and replaced with gowns and mortarboards demonstrating the success of present day ‘enlightened’ Corrections practices.

Either way this incident speaks volumes about the prevailing attitudes at Corrections Canada brought about by decades of institutionalized liberal philosophy which has held sway since Trudeau was elected. This mindset was articulated by then Solicitor-General Jean-Pierre Goyer who announced in 1971 that the government had decided to stress rehabilitation of offenders rather than the protection of society. The operative phrase in Goyer’s statement was ‘rather’ than’ as opposed to ‘as well as’ or something similar that would have allowed for the coexistence of both goals. The federal justice bureaucracy took Goyer at his word and, as anyone who’s worked in the system will tell you, things have gone straight downhill ever since.

The liberal rot has set so deep in the system that even the election of the odd Conservative government over the years has done nothing to put matters right. In some cases you wouldn’t know the difference. From pathetically weak criminal law to feeble (not to mention race-based) sentencing to the ‘release as quickly as possible’ policies of the National Parole Board one could be forgiven for wondering if the protection of society is even a consideration anymore. I would point out here that there are a lot of good and very dedicated people working in all of these areas who simply have no choice but to follow these delusional policies set by the mandarins at the top.

A few years ago, in response to increased violence inside federal prisons, guards asked to be issued with protective ‘stab-resistant’ vests and handcuffs to be worn on a daily basis. Now prior to this the only protective clothing available to guards would be donned by the Emergency Response Team in the event of a riot and handcuffs were locked in guard stations. As anyone who has ever fought with a prisoner will tell you the sooner you get handcuffs on him the safer it is for everyone. The average person would see this as a reasonable request but not Corrections Canada. They turned the request down saying that such authoritarian symbols would send the wrong message to the inmates. When they care more about the sensitivities of convicted criminals that they do about the safety of their own staff how much do you think they care about you and I?

Around the same time, myself and another detective had to go to Kent Institution to interview a prisoner. Note, that’s Kent Institution. Not prison, not penitentiary, but institution. Rather like we were off to commencement exercises at Yale or Princeton. Now for those unfamiliar with the prison, sorry, institutional system, Kent is one of Canada’s maximum security institutions built to handle the country’s most dangerous convicts. It’s the sort of place where you’d hope the authorities would have the upper hand but no. A guard was taking us to see the prisoner when we came to a locked gate.

As we stood waiting for the gate to open a scene unfolded on the other side which showed us exactly who runs the place. Three uniformed guards were standing in a semi-circle around an inmate who looked like he’d done more than his share of time. The inmate, in turn, was addressing a management type who was dressed in civilian clothes so as not to send the wrong message. In a loud, profanity-laced tirade, the inmate told the manager he wasn’t going to rake the leaves and also told him where he could shove the rake. The manager’s response will be forever etched in my memory. In a low, soothing voice he said “Well now Roger, you have to understand that the rules apply to you as well as to everyone else”. This ‘enlightened’ approach appeared to fall wide of its mark as Roger replied that the manager could shove his rules the same place he put the rake and further suggested he perform a sexual act upon himself.

This went on for 5 minutes while we waited for the gate to open. Each time the guards would move to seize Roger the manager would wave them off and further try to engage this loser seemingly without a single thought of what Roger had done to get there in the first place. The guard who was escorting us was staring at the ground and shuffling his feet in embarrassment. He finally asked how long this would go on in the City Jail to which my partner replied “It’s already over. They’re already on the intercom calling for the nurse”.

So we soldiered on and interviewed the prisoner, a pleasant, beefy kid in his late 20s. During the interview he mentioned that this was his first federal sentence (Note: Federal sentences are those of two years or more, prisoners serving anything less do so in Provincial jails). This prompted me to ask him what he found different from the provincial jails he’d been in before. A look of genuine indignation came across his face and he looked at me and said, “There’s guys in here who don’t think they’ve done anything wrong and no one here ever tells them otherwise”. Out of the mouths of prisoners!

When I came on the job the whipping of prisoners for certain offences such as rape was provided for in the Criminal Code. I’m not calling for the return of the whip (On the other hand…..). Just for a day when the Corrections people had their heads screwed on halfway right, knew who they were protecting, and the inmates knew who was boss. As I’ve said in the past, lots of work to do. Mr. Harper, Mr. Day, you on the air? 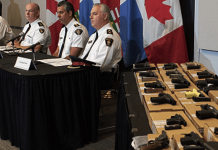 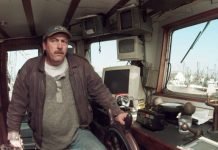 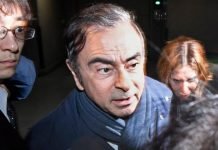 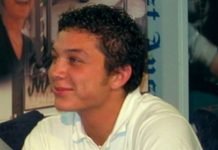