This past month the new Chief Civilian Director of the Independent Investigations Office (IIO) Ronald J. MacDonald released a report into an incident in which a man died of a self-inflicted pellet rifle shot during an encounter with Burnaby RCMP. The incident occurred on December 20, 2017. The report was released on  February 20, 2018 just two months after the event.

In the IIO’s five year history this has never occurred. They have been averaging 18 months from date of incident to investigation completion and report issued. This has certainly been a bone of contention with me and others critical of the organization.

Just a month ago at the Coroner’s Inquest into the death of Tony Du, the IIO came under criticism for taking so long to complete that investigation. They said they were essentially done after 11 months but had to wait an additional 7 months for ballistics. Huh?

Why they would need ballistics testing in a VPD officer involved shooting in which only one officer fired his service weapon? He said it was him and gave a statement. This is not a stone-cold whodunnit. The IIO had the weapon, the brass and the remaining bullets in the magazine. What’s to test to examine the facts of the shooting?

Du was a distraught man swinging a 2X4 at police at 41st & Knight St. in traffic. VPD trying to deal with him fired multiple bean bags rounds at him but that didn’t stop him. As he advanced towards the police swinging the 2X4 he was shot and later died of his wounds.

The officer who fired the fatal shots didn’t hide anything and gave a statement outlining the circumstances outline why he fired.

The only questions to answer in this investigation were 1) Was the officer entitled to use force and 2) was the force used reasonable or excessive. That’s it. But the IIO in the past always tried to turn what should be relatively simple matters into convoluted investigations taking months and years for what should take a competent investigator weeks.

It was for these reasons that the Ministry announced the award of three contracts last August to have experienced police officers revamp and augment the training IIO investigators received.  I was optimistic this was a good sign.

Unfortunately, the first time the training was delivered at the Justice Institute one of the instructors, retired VPD Inspector Les Yeo, encountered resistance and condescension from the IIO participants. Comments like, “That’s not how we do things” were made. Well, Sparky that’s actually the point of giving training by someone who actually knows what they’re doing.

Yeo spent years in Strike Force, Major Crimes and in the wake of the 2011 Stanley Cup riot he led a team of investigators putting together over 300 criminal prosecutions of riot participants. He was also board certified as a Team Commander in the Major Case Management model the IIO claims they follow but have no one with that same certification.

On the final Friday of Yeo’s course, he staged a mock coroner’s inquest with an actual coroner and an actual lawyer acting as counsel for the coroner. Yeo set up a set of circumstances for the inquest which mirrored an actual event in which Yeo himself was shot before he was able to return fire on the armed robbery suspect who later died as a result of police fire.

But it was more than just Yeo. At least half of the instructors were dismayed by the attitude displayed by the IIO attendees during the course of the month-long training. Yeo has since had a meeting with members of the JIBC and the IIO in which he informed the IIO that he was no longer interested in doing any training for their staff.

I should note the new CCD had not yet taken office when this training occurred.

I contacted the IIO’s Director of Public Engagement and Policy, Marten Youssef for comment. To my surprise I received a reply from the new CCD. He acknowledged the problem saying, “The issues were addressed managerially with an emphasis on the sensitivities at play. In addition, discussions have been held between Gayle (Chief of Investigations), JIBC representatives and the instructor. I am advised that on behalf of the IIO, Gayle acknowledged the issues raised as perceived by the instructor and assured the Instructor and JIBC representatives the IIO does not tolerate inappropriate behaviour and attitude.”

“Further they were advised and I can confirm, the issues were dealt with managerially,” said McDonald. The CCD referred to the mocking incident as a “poor attempt at humour.”

In the past five years since the inception of the IIO and despite much criticism in this space I never heard a word from the previous CCD including when I called for his termination. He never admitted any fault nor attempted to explain the actions of the IIO.

Just yesterday the IIO announced there would be no charges in the case of an RCMP officer who stopped a car for erratic driving on Hwy 1. The driver, while the officer was in his patrol vehicle writing tickets for the incident, got out of his vehicle and leapt into the path of oncoming traffic sustaining significant injuries. The incident occurred on February 5th, 2018. Yes, you read that right. Just a month ago.

The new CCD even went as far in his report to say the officer involved was “professional in his dealings” with the affected person. Those words would never have been uttered by the former CCD, Richard Rosenthal, who displayed nothing but contempt for the police.

This is unprecedented in the history of the IIO and I truly hope a positive sign of change with the new management of the police oversight agency. But we shall see. 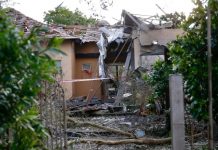 Shooting investigation should be cut & dried 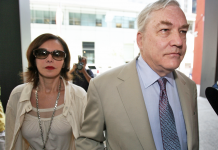