“Friends applaud, the Comedy is over”. – Ludwig von Beethoven

Tomorrow is the transition day of the administration of the Office of the Chief Constable of the Calgary Police Service. And to judge by the statements made in an interview with the Calgary Sun’s Rick Bell, the new chief is going to bring a tough new attitude to policing that city.

But, lest you think that the outgoing Chief Jack Beaton will be going quietly, uh, well, not so much.

Apparently Beaton has commissioned a Change of Command parade with all the pomp and circumstance possible. Including, I am told, the Ceremonial Unit, which does a foot drill demonstration complete with formal uniforms and all the trimming including white gloves. And, are the fine men and women who voluntarily serve in the Ceremonial Unit happy to show up for Jack’s parade? Uh, no. I am told that NCO commanding the unit had to send out an email ordering all members to attend. I am also told the email said, “All members of the CU (trumpeters included) will be required for this event.”

Hmmm, what about those folks who are scheduled to be patrolling the streets protecting the citizens of Calgary? No problem. “If you have any issue getting the time off, let me know . . .the Inspector will deal with them . . .otherwise all are expected to attend,” concluded the email as described to me.

So, the officers who are being paid to work will be diverted from their regular tasks and those who are on time off will likely be paid overtime to pose and parade around.

Now, I don’t what all of this will cost, and in the great scheme of things, only a small fraction of the overall police budget, but why the need to spend it at all?

A day earlier, the full Ceremonial Unit was happy to appear, voluntarily, at the National Memorial Day in recognition of the police officers killed in the line of duty in Canada. But parade for Jack Beaton who cannot even garner the support of one third of the membership of the serving police officers in Calgary? Not unless ordered to.

While I encourage full, frank and lively discussion on anything I publish, for the second time since this blog was started, I had to cloak a whole thread on a post because of some ill-informed, anonymous individual. I might have even considered leaving the thread up if the person had signed the comment.

Folks, please feel free to comment and give me your opinion. But please, stay within the bounds of civility and the law. If you don’t I will take down the whole thread and by doing that some lively discussion and well-thought out opinions will unfortunately not be seen.

I cannot and will not condone libel, slander and childish name-calling.

Thank you for your cooperation.

A day late and a dollar short 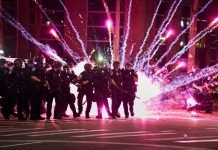 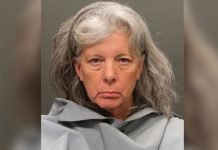 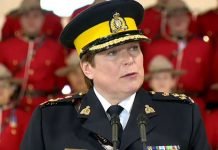