Prime Time Crime
Thursday, September 29, 2022
Home Crime & Punishment Politics of policing bar the right way
For a number of reasons, the debate has been raging in the Vancouver area about the potential amalgamation of the various police services into a regional police service.
The new Chief Constable of West Vancouver Police Department, Kash Heed, weighed in with his comments that it was high time for a regional police force. In the aftermath, I spoke a number of times on various radio talkshows essentially explaining that the talk of this has been happening since at least the 70’s when I was a baby Mountie transferred into the Lower Mainland.
I received an email from a friend who is from BC, but is now a cop in California. The problem is the politics of policing. A nebulous term perhaps. But it is a prevalent issue. Here are his thoughts pasted in:

I thought I would add my observations to the current media storm of police dept. amalgamation in metro Vancouver. I think it will never come about for the following reasons:
1. Unlike in Toronto, Montreal, and Ottawa it is not the simple task of amalgamating a bunch of smaller agencies with one larger agency. That’s why it went so smoothly in those places.
2. Vancouver has three police masters to appease: V.P.D. , the R.C.M.P., and, the smaller municipal depts. as a group. Both V.P.D. and the R.C.M.P. have the attitude their way is the only way and would never surrender to the other. The sdmaller “munies” at least work operationally as part of both systems, and are best prepared to transition (e.g. computer systems, tactics, training, etc.)
3. There are about 5,000 cops at all levels in metro Vancouver. Even if they convince a lot of the Mounties to become part of a regional force, there would still be a lot who would refuse to leave the Mounties. How can you replace so many cops, especially nowadays when it’s so hard to find good quality candidates?
4. Where would the Mounties send all their redundant officers from the Lower Mainland? A huge amount of the force is employed in the Lower Mainland and it would force the Mounties to shrink. I know the force is undermanned but they would end up with a huge surplus they could not fund federally (without provincial and municipal contracts).

5. How do you harmonize the R.C.M.P. pension plan with the provincial police one? I did a study of this issue when I was in college in the late 1980’s. I found it has been talked about since the 1930’s!! I think the best that metro Vancouver will ever see is a few police resources and units(like the current regional homicide unit) being regionalized. But I would make a hefty bet that their will NEVER be one Metro Vancouver Police Dept. The Lower Mainland’s situation has too many logisitical obstacles (let alone the politics) to prevent it.

My friend summarizes things well in that the politics of policing will prevent the logical and ultimately “right” thing from occurring.

The reality is that the carpet cops will always move to protect their fiefdom and not do what is right for the public. I’m a little surprised that Chief Heed failed to address that in his article. But, the politics prevalent in the policing world are a significant barrier to doing what is right for the law abiding , tax-paying public.

To understand an aspect of this, let’s look at the final email sent out by the President of the Calgary Police Association to its membership in the waning days of his tenure. Al Koenig has served for three terms and cannot seek another term. He sent the following communication to each and every member of the Calgary Police Service. It is instructive in the crass and crude way it describes and plays the politics of policing. Here it is in its entirety and unadulterated:

As this will be my last message to the membership as president, I thought it appropriate to reflect briefly on the past 8 years and to project what hopefully should be occurring in the next few years.I took office on January 1st 2000, and was surprised to find a president’s office where there were few systems or policies in place, and very little accountability.

Member representation seemed to be based on a whim, and many didn’t see the CPA as an organization that protected or advocated their rights. Some CPS management of the day regarded us as a joke, and the media and most Calgarians didn’t even know we existed, or why. I also inherited a CPA bank account that was so barren that we had to cash in GIC’s to pay the property taxes on our lot. Today we have over 2 million dollars in the CPA bank accounts, and a city block/lot valued at over 25 million dollars and growing.I tried to implement true accountability, however faced one or two hostile board members and their friends who proceeded to block every attempt to bring the new practices into place, and used every tool they had at their disposal to try and discredit me, as well as any supportive directors on the board.

Through rumour mongering and spreading false allegations, they tricked the membership into authorizing a forensic audit costing over $50,000.00 to “expose the corruption”. CPA computers were seized and we went into lockdown, of course this was conveniently orchestrated right around election time. The forensic accountants released their report a few months later finding “no illegal or criminal activity” and suggested the very controls be put into place that had been previously blocked by those same conspirators.

We also lived through the toughest negotiations we ever faced as an association, and as a result the Work Awareness Campaign (WAC) was born. During WAC, CPA members wore Back the Blue ball caps & turtlenecks, they grew facial hair, and those that couldn’t wore blue jeans with their uniforms or suit jackets, all showing their protest against lagging contract talks and city bargaining tactics. We marched on City Hall with the firefighter’s union and staged a sit-in during a City Council meeting. WAC also revealed who was willing to stand together…and who wasn’t. I have been told by more than one ex-CPS Executive member that prior to the “Pembrooke Peace Accord”, the CPA broke the spirit of the former chief, something he apparently never forgot or forgave.

In retrospect, it is interesting to note as well that preceding WAC, unless we accepted 0% + 0% we always received our contract settlements as the result of binding arbitration. Since WAC, we have been able to bring contracts before the membership for your vote, and you have ratified them.When I took office, we ranked 66th out of 78 police associations nationally in relation to wages. We have been successful in establishing “Top 10” status and having that recognized by the City of Calgary. At present, our 1st Class Constables are slightly below the “Top 10” by approximately $700.00 annually, but our Senior 1 & 2 Constables, Sergeants, Detectives and Staff Sergeants are in the top 3 of Canada.

In 2008, our senior Staff Sergeants will break the $100k per annum barrier, again not bad when you remember that they were paid $74k in 2000.The CPA is now known publicly as a strong supporter of local and national charities, and has donated well over $200,000.00 to those in need. This year, under the guidance and direction of Cal Wiltshire, and through a partnership with Walmart, the CPA is hosting the first annual Kid’s Christmas party in concert with the Boy’s & Girl’s Club of Calgary. This party will distribute holiday presents not only to CPA members’ children, but to children in need as identified by the Boy’s & Girl’s Club.The Missing Children’s Society, the Weekend to End Breast Cancer, Society for the Treatment of Autism, Prostate Cancer Ride for Dad, Calgary Military Family Resource Center, Camp Carmangay and the Fallen Four Society are but a few of the other groups the CPA has assisted.

One thing that continues to be developed is establishing our own Health & Welfare plan. While we were initially a part of CEEBS, which later became MEBAC, our benefits remain short of where I believe they should be based on our group size and usage. I’m happy to state that the ground work has been laid and contacts established to explore a viable cost neutral alternative to MEBAC.

Again, this is being stewarded by Cal Wiltshire, who currently sits on the MEBAC board, and he should have good news to report to the membership in the not to distant future.With the arrival of Chief Hanson, it is quite apparent that the CPA is entering into new and exciting times, coupled with a shared vision of forward progress.

Unfortunately, the vast majority of the CPA’s efforts in the past appeared to be purposely stalled by the previous chief. Chief Hanson has been very receptive to new ideas, and doesn’t reject initiatives merely because they didn’t come from him.

It is now time for you to decide who can best continue to lead the CPA for the next 3 years. I hope you have all read the candidates platforms and can differentiate poseurs from bona fide candidates. Disrespecting the current elected board of directors and their collective efforts or promising changes slightly short of giving everyone a pony on their birthday are not the basis on which to credibly campaign for office.

I believe there are two exceptional candidates who currently serve on the board of directors that are seeking the position of President. Both have the requisite, unique skills and abilities required to do the job, but what they will also need is a strong board of directors to support them in what has become an increasingly difficult task in an ever changing policing environment.

Another past director has also put his name forward, and stood strong as a member advocate during difficult times. It is easy to lead when there are no problems, and the candidates who previously stepped forward to serve you during tumultuous times should be rewarded with very serious consideration for the various positions.

Conversely I am also duty bound to inform the membership that the fourth presidential candidate was previously sanctioned by the board of directors and even had his honorarium withheld due to his refusal to do the job he was elected for. This individual failed to even attend at the CPA offices for several months, except to pick up his honoraria cheque.

The current CPA administration is finally able to address the SFPP and MEBAC issues ignored by this candidate…and ironically he now seeks to return as your president. He was also removed from the WAC committee, perhaps a little too late however.

I can only wonder if past behavior indicates future behavior.It has been an honour and a privilege to serve on your board of directors for the past 15 years, and serve the last 8 years as your president. I have made many lifelong friends and collected a few critics and enemies. To my friends, you have my utmost respect and thanks.

To my critics, grow a pair and run yourself. To my enemies, you can kiss my ass. I leave with my sanity and waistline essentially intact and have no regrets. The CPA is a strong vibrant association with many talented people willing to step up and do the right thing. Please support these individuals because they, and those who preceded them, are what make this association great.

While the message emanates from Calgary, the issues are no different in Vancouver. Koenig’s message simply offers us an interesting glimpse into what I am referring.

The politics of policing and the petty empire-building that is so prevalent will, at the end of the day, prevent doing what really needs to be done in Vancouver. The discussion that has been going on for decades is going to continue for a long time to come. No matter how many bodies fall on the streets . 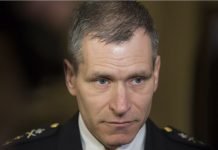 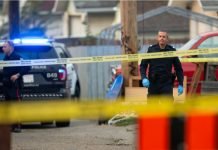 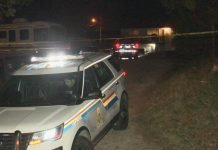