On Thursday, the Independent Investigations Office (IIO) issued a media statement saying the Acting Chief Civilian Director has made a report to Crown Counsel in relation to an incident involving the Vancouver Police.  Essentially they are saying one or more of the officers involved in a shooting on June 10, 2014 “may” have committed a criminal offence.

Yet again, we see the IIO overreach is what should be a cut and dried case. Let’s look at just how cut and dried.

At approximately 11:10 in the morning Gerald Mark Battersby, 61, pumped multiple shots with a .357 revolver into 52 yr. old Paul Dragan outside the Starbucks at Davie and Marinaside Cres. As it happened, a couple of VPD officers were just pulling up in front of Starbucks, drew their weapons and challenged Battersby who replied by shooting at the police then fleeing on a bike onto the Sea Wall towards Science Centre.

Police gave chase and called for cover units to try and block Battersby from the other side. During the chase more shots were fired. Once at Science World, Battersby was engaged by members of VPD. More shots were exchanged. A female VPD member was trapped in her police car as Battersby shot into it, wounding her with flying glass.

Another officer using the police car for cover got caught as Battersby chased him around the car firing as the officer tried to desperately find cover. Battersby was armed with a six shot .357 revolver. He’d already re-loaded at least once, perhaps more.

As he had the male officer within a couple of feet and down he was shot by at least one of the covering officers and by the wounded female officer in the car. Security video seized by the VPD in their investigation was shared with the IIO. The video clearly shows the exchange of gunfire, the pursuit of the male VPD member and Battersby being shot and going down.

How, in the name of all things holy, could anyone think this was anything but a justified use of force by the VPD?

It’s stunning really. Here’s a couple of screen grabs from the security video. 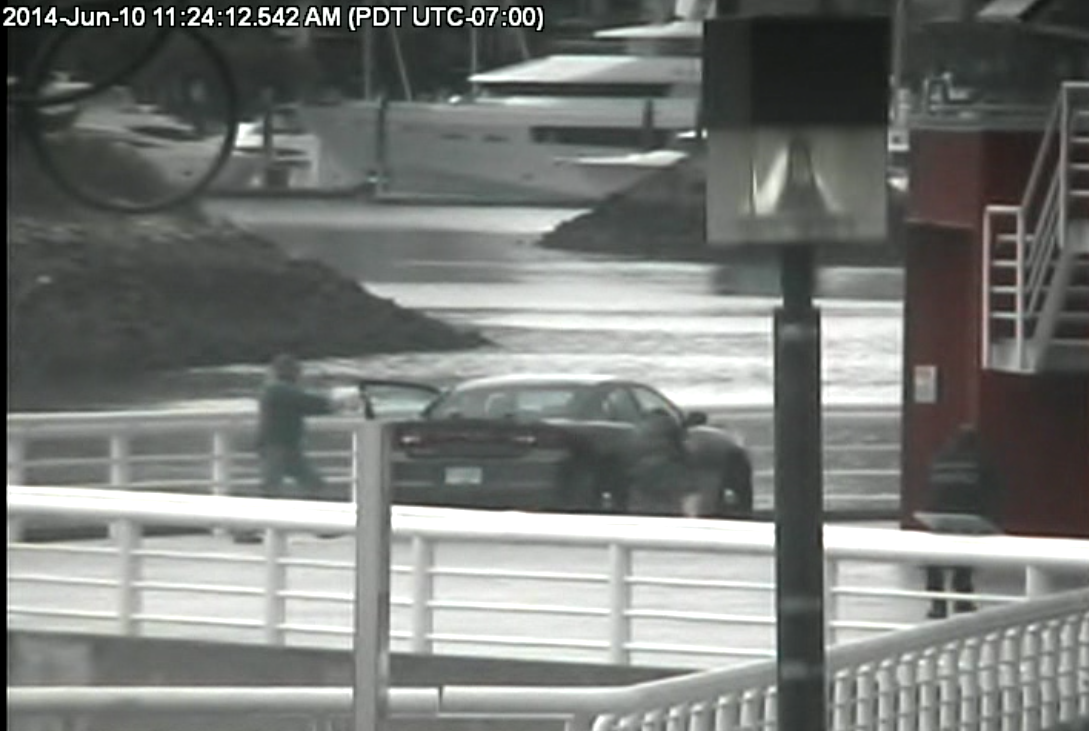 It shows Battersby pointing the .357, the barrel is protruding from a wrapping. You can see the male VPD member ducking down on the passenger side of the vehicle trying to avoid the shooter. One of the VPD members who shot Battersby can be seen in the lower right. 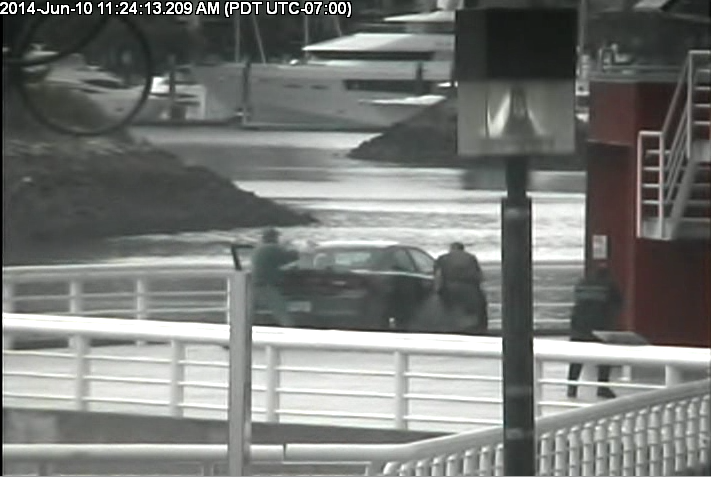 As we saw in the case of Delta PD Cst. Jordan MacWilliams, the IIO leap to conclusions they shouldn’t because they simply do not understand policing or the use of force parameters. They get a whopping 10 weeks training at the JIBC, but zero ‘use of force’ training, the very thing they are supposed to investigate.

Another part of the problem is the wording in the Police Act which essentially says if the CCD of the IIO believes an offence “may” have been committed he shall send a Report to Crown Counsel (RTCC). This is far lower than the standard the police must meet before they can submit an RTCC in a criminal case and far lower than the standard which Crown applies to approve a criminal charge. At the very least, that needs to change. The police are not the enemy here. They protect us from the likes of Battersby.

And, as demonstrated on that day in June last year, they do it with courage and professionalism. Which is much more than I can say about the IIO.

But as with everything else when we look at these cases, there’s more. During his interview with the IIO, the “Affected Person,” Battersby told investigators that his plan was to shoot Dragan, one more person and then shoot at police to get them to kill him. He intended to do everything he could to force the police to shoot him.

So, despite all of this and dozens of witnesses who corroborate the actions of the VPD, the IIO evidently still thinks at least one of the VPD officers did something criminal in this incident?

A day after the inexplicable release by the IIO, which now casts a shadow over heroic police officers, Deputy Chief Doug Lepard, as Acting Chief in the absence of Chief Adam Palmer, sent an email to all VPD officers.

What is clear in the email is that this was an unexpected surprise from the IIO. But also that those officers have the complete support of the Chief Constable and his senior management team.

Said Lepard, “I have requested a copy of the RTCC that as we move forward we can better understand the information underlying the IIO’s decision this case.”

He finished off with this: “I want to take this opportunity to again express admiration for the bravery shown by the officers involved in this incident and the professionalism that VPD members demonstrate every day in the performance of their duties. I also want you all to know that the officers involved in this shooting will continue to have the VPD’s complete support through this process.”

These are not the words of someone who thinks any VPD member did anything wrong that day. Quite the contrary in fact.

That no one died that day is about the only good thing. To put a cloud over the actions of the courageous VPD officers involved is shameful.

*To view the video go to theprovince.com

A visit to Tommy Robinson in Belmarsh max security prison 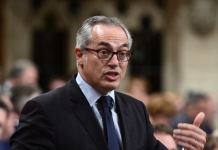 Tony Clement kicked out of caucus after more allegations arise 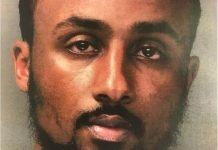 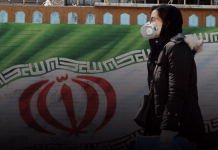 Iran’s coronavirus lies are putting Iranians – and Canadians at risk