Prime Time Crime
Monday, November 28, 2022
Home Crime & Punishment Plus ca change
“Politics is supposed to be the second oldest profession. I have come to realize that it bears a very close resemblance to the first.” – Ronald Reagan
Like many of you I was glued to a TV during the vote in the House of Commons today to see if it might actually be possible to topple the most corrupt government this country has ever seen. And, just for the record, I include the BC NDP Glen Clark government in the ’90s, in the analysis prior to making that statement.
But, at the end of the day, the Prime Minister Paul Martin suceeded, after doing everything in his Faustian gymnastics to cling to the reins of power. And I, like many of you, had to work to stifle the gag reflex as I watched Chuck Cadman do the unthinkable.
Now, let me say at this point that I have a tremendous amount of respect for Chuck Cadman. And, I don’t say for a moment that he succumbed to any amount of bribing from the desparate Liberals. But, I cannot, for the life of me, understand why he turned his back on doing the right thing for this country.
At least Cadman can claim the higher ground in doing what he did by claiming he followed the wishes of his constituents. It is not the case for the rest involved in the travesty foisted upon this country.
Whether we are talking about the shameless budget change to the tune of over $4 billion to buy the affections of NDP Leader Jack Layton, or the office of a cabinet minister to purchase the services of the latter day Mata Hari, Belinda Stronach, the actions are clear. Paul Martin, would do anything, pay any price, to hang on to the power afforded to him in the office of the Prime Minister.
So why is it that the politically deluded seem to think it is Stephan Harper who is power hungry?
Equally, how is it that the mainstream media have portrayed Harper as making a “deal with the devil” in siding with the Bloc Quebecois in voting against the systemic corruption and theft of taxpayers dollars? Not utilizing the Bloc’s 54 seats to try and stop the insanity of the Liberal corrupt chokehold on this nation is not climbing into bed with the separatists as has been painted by the Liberal spinners, but is nothing more than the reality of the Opposition trying to rid this nation of a cancer. To not consider the option would mean the Liberals might as well have the majority this country would not give them.
Unfortunately they failed. And the thieves will continue to have their hands in our wallets as they steal our money and waste it on ridiculous socialist causes or funnel it through to Special Interest Groups that achieve nothing more than having their constituents give over their vote in return for Liberal lolly.
On the same day as this travesty in faux democracy played out in Ottawa, Her Majesty the Queen, was paying tribute to the four Mounties who made the ultimate sacrifice in Mayerthorpe last March, doing their job in service to this country.

Belinda Stronach claims she jumped into bed with the thieving Liberals out of a sense of duty for her country. She doesn’t have a clue. Have another read of the quote from Ronald Reagan at the top of this to understand what she was actually doing.

She collected her lolly as the newly-minted minister responsible for HRDC, and ironically, for the ethical monitoring of activities following the Gomery report.

I am truly disgusted by the lot of them.

Nine killed in shooting at two Shisha bars in Germany

One dead after shooting at Langley McDonald’s 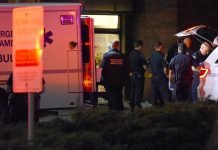 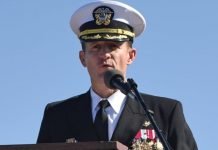 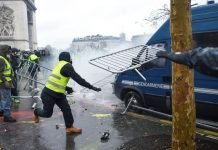 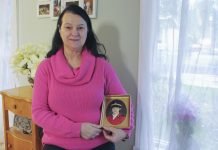