News items ran this week trumpeting that Canada was the methamphetimine production capital of the world and honorable mention was given to our position as the Ecstasy capital as well.  Many media outlets clucked their Holier-Than-Thou tongues about this as though it was something new.  Well, it isn’t and not by a long shot.

Warnings have been going out for at least 15 years that the media has written about or been otherwise informed about.  Yet, higher purpose papers like the Globe & Mail seem to have just discovered this nugget of information as evidenced by their main editorial on Friday.

There is nothing  new or magical about this.  In the past 15-20 years Canada has become a major drug producing country on a parallel with Columbia.  We just don’t have the sweaty jungles.

But we certainly do have the violence that goes with that territory.  And we have seen the intimidation attempts on law enforcement and participants in the justice system.

How did we get here?

Well now, there’s a question.  And the short answer is the lurch to the political left this country has taken in the past forty years.

In the ’70s the rule of law was that evidence, no matter how gained, was admissible.  Now, a bloody murder weapon found in the hands of an accused can be excluded as evidence for a myriad of procedural issues that have nothing to do with justice and everything to do with lining lawyers’ pockets.

Equally, in the ’70s, if you committed a serious crime there was a reasonable chance you were going to go to jail.  Not anymore. It is nigh on impossible to go to jail in Canada, despite what the left would like you to believe.  Yes, the courts still send people to jail for things like murder and kidnapping and sometimes armed robbery and sexual assault.  But that’s about it. And then, typically not for very long.  Commit any property crime, even one that has a penalty of up to life in prison and see if you go to jail for any length of time.

You will likely get a conditional sentence.  Or, if you have about 100 prior convictions you may actually get a short custodial sentence. Maybe.

The reality is that our justice system is a joke to criminals.  They know they can do whatever they want with impugnity.  Murder is cheap in Canada.  Property is not really yours and all your efforts to get ahead and make a better life means nothing against the rights of the Bobby Logans of the world.

Regular readers will recall a series of pieces I wrote in 2002 about Logan and how the system failed him and his many victims time and time again.  Well, nothing has changed in the intervening years.  He has been in jail for short periods of time.  He has been on bail conditions, probation and all manner of court imposed rules.  None of which, I might add he has followed.  And that, in itself, is nothing new.

Logan has been before the courts more times than Carter has little liver pills and has progressively been treated less and less seriously by the courts.  This 44 year old man, and I use the expression in the loosest of terms, needs to be incarcerated for the rest of his waste of a life.  If, for no other reason than to save all of his future victims, also known as protecting the public which is one of the sentencing considerations the law says the judiciary must consider in sentencing.  But they rarely do.

The legal industry created by Pierre Trudeau with the Charter of Rights and Freedoms that is anything but, is to blame.  It is why organized crime has taken to Canada like fleas to a bloodhound.  It is why we are in the same class as Columbia or Afghanistan as drug producing nations.    And it is why we need to actually get tough on crime not just whimsically piss and moan about what a problem it is.

Bobby Logan is an example of why this needs to happen fast. 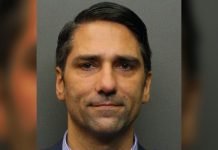 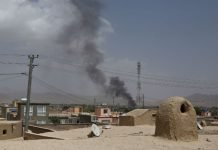 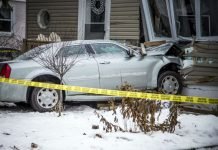