Last week in Cambridge Mass., Harvard Professor Henry Louis Gates was arrested for disorderly conduct and first Gates through the media, and then on Wednesday, President Barack Obama, turned it into an issue of race. Professor Gates is black you see and an articulate and well-respected intellectual.

But claims that this is about race is a red herring at best and blatent character assassination of a professional, veteran police officer, Sgt. James Crowley, at worst.

The facts don’t seem to be in dispute only the interpretation regurgitated by the tongue-cluckers who seem unable to separate the wheat from the chaff in all of this.

Professor Gates was returning from a trip and took a cab home. He had evidently forgotten his keys and together with the assistance of the also black cab driver, managed to force his way into the house. Unbeknownst to him, a woman observing the efforts to force entry into the home called 9-1-1 and said two black men were breaking into the house.

Now, lest we get distracted too early, the complainant was white and the men were black, yes. But, when the witness is asked to describe the indviduals she believes is breaking into a residence she can only state the obvious. Any suggestion to the contrary is specious.

Sgt. Crowley along with three other officers, one of whom was also black for the record, responded to the burglary in progress, a Priority One call in any jurisdiction in North America.

Upon arrival, Sgt. Crowley observed Professor Gates and instead of arresting him at gunpoint, which I might add might well have happened in any other jurisdiction which did not include Harvard, simply asked the good professor for identification to establish whether he belonged in the home.

Professor Gates responded with vitriol and abuse that was uncalled for and undeserved. He started the discourse by accusing the officer of racism with his first words in response to the request for ID when he said, “Why, because I am a black man in America?” Gee, no sir, it is because the police are responding to a break-in in progress call and they found you there so it might just be considered reasonable for them to ask if, in fact, you were a burglar or the rightful resident.

Gates kept up the abuse and was ultimately arrested and charged with the disorderly conduct offenses.

Gates, after he was released from custody a few hours later, clamboured up on his high horse and began his tirade of nonsense. The mainstream media gleefully picked up the clarion call of racism against the Cambridge police without putting the blame for the arrest on the one person who caused it to happen – Professor Gates.

And that’s where the story might have died were it not for that silver-tongued orator and rhetoritician, Barack Obama, who fanned the dying embers of the story by saying when asked at the tail end of a press conference, what he thought of the story. “Now, I don’t know, not having been there and not seeing all the facts, what role race played in that, but I think it is fair to say, number one, any of us would be pretty angry.” Well, he was right in that he hadn’t seen the facts and that he wasn’t there and didn’t know if race played a role. And he should have shut his mouth having already said too much at that point.

But he couldn’t resist his own underlying prejudices, now could he?

He continued, “Number two, that the Cambridge police acted stupidly in arresting somebody when there was already proof that they were in their own home and number three, I think we know separately and apart from this incident, there is a long history in this country of African-Americans and Latinos being stopped by law enorcement disproportionately, that’s just a fact. Race remains a factor in this society. That does not lessen the incredible progress that has been made. I am standing here as testimony to the progress that has been made but the fact of the matter is this still haunts us.”

Ask the guy a question and get a speech in response. But it wasn’t just the usual rhetoric and stuff and nonsense that has become his trademark. No, after admitting he didn’t have the facts to form an opinion he did just that and said the police acted “stupidly.” What? No they did not. In point of fact, Sgt. Crowley acted out of respect and professionalism, showing his experience when he didn’t point a gun at the first sight of Gates and secure him, on the ground and in cuffs, prior to establishing he had a right to be there. Because, on any ‘in progress’ call, 9 times out of ten that’s what would happen.

In this case, Crowley sensed this wasn’t what it appeared to be to the complainant and was proceeding according to that sixth sense. He merely asked Gates to identify himself so that he could establish that the two black men who were seen breaking into the house had the right to do that. It was Gates who acted viscerally and verbally violent to the police officer. Well, guess what? He deserved to get arrested whether he was black, white, purple or a European blue blood. It was his behaviour and his abusive mouth and his own prejudice that triggered the arrest.

Even the 24 hour, all-Obama news network formerly known as CNN, seemed to sense that. By Thursday evening they were suggesting in hushed terms that maybe, just maybe, Obama should not have spoken out in such an irresponsible manner.

This case has nothing to do with racism on the part of the police and has everything to do with the blind ideology of Gates and unfortunately, the President of the United States. Sgt. Crowley can stand on the higher moral ground in this matter.

Unfortunately, he is alone in that regard.

RCMP arrest 14 as they break up pipeline protest 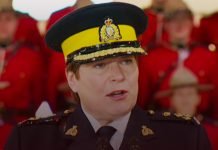 B.C Mountie arrested after being found in vehicle with known gang... 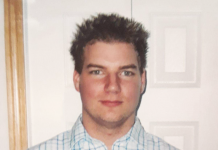 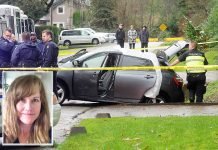