Three years ago I was sitting in a lounge in the Calgary airport when my Blackberry first started buzzing with information about a multiple shooting of RCMP officers in Mayerthorpe, Alberta.  The original information was sketchy but all too soon the horrors perpetrated by James Roszko were all too clear.

Four young police officers, good Canadian boys, were dead.  Ambushed and cut down in the prime of their young lives by a man not fit to shine their boots.

Roszko, in true cowardly fashion, took his own life when another member attending from Edmonton returned Roszko’s fire and wounded him.  Roszko crawled back into that Quonset hut which housed his marijuana grow op and chop shop and took his pathetic life.

The nation was shocked at the news and watched with heavy hearts as the Mounties gathered in record numbers in Edmonton to pay tribute to their fallen comrades.

But once the tears were shed and four young men laid to rest, investigators had to piece together what happened.  How was Roszko able to get back onto his property and ambush the police officers?

Their investigation led to the arrest of two other young men who ultimately were the answer to that question.  They not only provided Roszko with a weapon, but they drove him to his property knowing full well he was going to do what he did.  And they did nothing to stop him.

Dennis Cheeseman and Shawn Hennessey were charged with being parties to the offence of first degree murder times four which, by law, is the applicable charge when the victim is a police officer.

Then began the predictable nonsense from friends and family of the two men. They were good boys don’t you know?  They were pillars of the community and all that crap that seems ubiquitous in the mainstream media whenever someone does something horrid.  Reporters dutifully trot out and talk to family, friends and neighbours  who then utter banalities about what a nice man he was and I would have never imagined he could do something so awful . . .blah, blah, blah.  It’s all so predictable..

The two accused last month pled guilty to reduced charges of manslaughter and were sentenced to 13 and 15 years respectively.  Which frankly, given the callous and deliberate manner that they enabled Roszko to do what he did, was not enough.  As far as I am concerned they should die in prison if there was justice in this country.

Last week, on the anniversary of the killings, I read a news story where the families of these young men are planning to appeal their convictions even though they pled guilty.  They are still maintaining their precious little children are really angels and did what they did because they were afraid of Roszko and … boo-hoo-hoo.

Well, in the first instance I don’t buy the “afraid” nonsense.  Had they alerted the police, Roszko would have not ambushed the murdered officers and the chance of him being able to exact any revenge on them would have been remote, at best.  Secondly, one of the pair was partnered with Roszko in his illicit activities in the Quonset.  He had much more to gain from Roszko’s successful ambush of the Mounties than not.

And that one fact alone should not be overlooked when we listen the families’ whine about their good boys.  Perhaps, had the whining parents done a better job of educating their whelps in the concept of consequences for bad actions, then four young RCMP members might still be alive today.

And their prattle about appeals in this matter show they still haven’t grasped the concept. 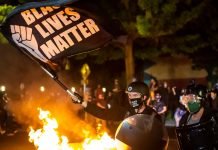 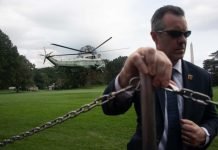 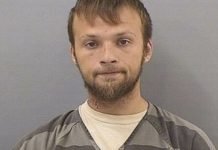 More questions in case of cop charged with murder