Prime Time Crime
Tuesday, January 31, 2023
Home Crime & Punishment One family’s tragedy underlines flawed system
Yesterday, a BC family buried their dead. Two newly-orphaned kids were brought to the church by members of the BC Ambulance Service, still in stretchers recovering from their injuries.

On Labour Day, a Coquitlam family returning from a wedding in Calgary, was cut down in a head-on collision just east of Golden, BC. Lorene Calder, 43, and her husband Brad 47, were killed. Their kids, Natasha 15, and Justin, 12, were seriously injured in the crash.

Certainly, traffic fatalities on our highways always seem to punctuate long weekends, this tragedy was caused by a 19 year old junkie/thief in a stolen car. Dustin Carmichael, the driver of a stolen jeep who plowed into the Calder family was wanted at the time of the crash.

Carmichael was caught stealing a car in February 2004 when he was 18 years old. He was sentenced to 60 days and a year’s probation. I am not allowed to tell you about his juvenile record were I to know what it was, nor am I even allowed to confirm whether he had a juvenile record. But, considering no first time property crime offender ever goes to jail in the criminal paradise of British Columbia, I’m going to assume there was a fairly lengthy criminal history.

But, to no one’s great surprise, Carmichael committed an armed robbery while on probation. He got 14 months for that particular transgression. He then escaped from custody and got another four months tacked on.

He was also a junkie who stole to feed his habit. Crystal, crack it didn’t matter. In June he promised the parole board that he’d be a good boy and take counseling for his drug habit. They believed him and let him out ten months before his sentence was due to expire.

As was entirely predictable, Carmichael ditched his counseling before it was complete and went to ground. He was supposed to live with his grandmother on his release. Well, he neither showed there nor at his probation officer’s office. A warrant was issued for his arrest and with that, the parole system wiped its hands of an habitual thief, junkie and convicted armed robber.

Less than two weeks later, while driving a stolen Jeep, Carmichael killed the Calders, put the Calder kids in critical condition and killed himself and his girlfriend, also 19.

The tragedy here is gut-wrenching.

A spokesperson for the parole board tried to mitigate their responsibility in this by saying if they hadn’t let him out into counseling, he would have been released anyway at the two-thirds point in his sentence. True, but the Calders would still be alive and Carmichael would have eventually breached his conditions anyway.

But even that observation seems trite.

The problem is the way the system treats habitual criminals like Carmichael. True he was only 19, but his history clearly showed there was no hope for him. And minor sentences like 14 months for armed robbery let alone the original 60 days for stealing a car, continue to be as ineffective as the parole board’s hand wringing.

Brad Calder was a family man, a hard worker and a sports coach for kids in his community. He was a productive member of society. He and his wife are just the latest victims of a liberal experiment in social engineering that continues to prove its fallibility.

Will they never learn? 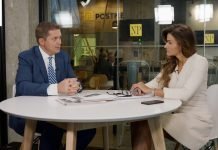 The case is clear for Andrew Scheer 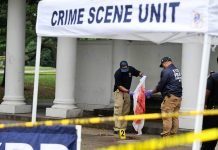