On December 28, 2014, at 8:03 a.m. Naverone Woods, 23, took a knife from a shelf in an aisle in the Safeway store on King George Highway and 104th Ave. in Surrey. He was screaming and self-inflicting cuts when a bakery worker who heard the disturbance called 9-1-1.

Two transit officers, one male and one female, happened to be only metres away looking for a male who had been seen banging his head on a wall at Surrey Central Skytrain station. Because they are multi-jurisdictional, they monitor local police radio traffic.

They heard the Surrey RCMP call at the Safeway and went there quickly likely believing the calls were related. As it happened, the RCMP had no members available to respond so the Transit officers were on their own.

When they got inside the store they found a situation with a bleeding, shirtless man with a knife trying to get at the bakery worker, who, after she called 9-1-1 went to have a look at what was going on. Woods spotted her and began chasing her. She retreated to the bakery and took cover behind two large bakery racks she pushed to block the entry leading to the area behind the bakery counter.

The two officers immediately engaged Woods, yelling for him to drop the knife. He turned his attention towards the officers and began heading towards them. More warnings and finally two shots fired by the female officer. One struck a refrigeration unit behind the suspect and the other hit Woods and dropped him.

EHS rushed him to hospital where he later died.

Those are the facts as we know them culminated from Anne Drennan, spokesperson for the Transit Police, media reports at the time including interviews with Blake Simming, boyfriend of the bakery worker who learned of the details shortly after when he rushed down there to comfort his distraught girlfriend after she texted him.

The lawyer representing the female officer has been trying to find out what is taking the Independent Investigations Office (IIO) so long to conclude their investigation. He has been querying the IIO and the only response he is given is they are waiting for ballistics tests back from the lab.

There is no earthly reason in the world that they should be holding up their determination waiting on ballistics.

The store had just opened at the time and there were few if any customers, only staff. The grocery store was sealed down and about 20 civilian witnesses were held for interviews. The store has CCTV cameras which recorded events.

What in the world are they waiting for?

I spoke to Kevin Woodall, lawyer for the officer  to get his take on things. He is frustrated. “There is no excuse, with a file as important as this, it should take this long,” he said.

Indeed, the family held a vigil in March in which they gave a statement to the media demanding answers.

To me, this is a competence issue. The IIO really doesn’t know what they’re doing. They aren’t looking at things to determine whether the use of force was justified or not, but to see what they can dredge up to charge the officer with something, anything.

IIO investigators attended the RCMP building where the Transit officers were taken by Surrey RCMP following the shooting. The officers were told to accompany RCMP officers to the washrooms and to give up their uniforms. Literally, they were stripped to their underwear and arrangements had to be made to get some civilian clothing for them to wear so they could leave the washrooms.

The IIO investigators even seized their personal wristwatches and, I might add, the support wristbands for Delta Cst. Jordan Macwilliams they were both wearing. I kid you not. They tried to take their personal cell phones too, but at that point their union representative pushed back.

Now, I ask you, what possible evidentiary value would there be to seizing their complete uniforms, wristwatches, boots and the support wristbands for a brother officer? And from both officers, not just the officer who fired the shots?

In point of fact, when the IIO investigators were retrieving items including the weapons, they counted out the bullets in front of the members who had just been involved in the shooting. Then a present Transit officer, there to support his colleagues had to show the IIO investigator how to properly seal the evidence bag.

Seriously. You can’t make this stuff up. Now, if you were a police officer doing your job, how confident would you be with these people conducting the investigation of your actions?

The female officer returned to duty after some counselling to ensure she was okay. She believes she acted appropriately, but now, nearly a year later, she is getting stressed because of how long this has been dragging on.

No one with a stake in this, not the public, the family nor the officer has yet to get answers in this.

Meanwhile, back at the IIO their crack team of investigators are still waiting on ballistics tests. The mind boggles. 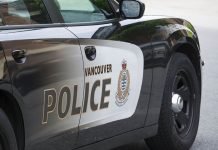 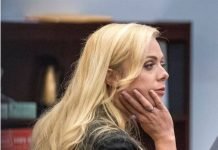 Ex-disney princess lied to police to help fiance get away with...

IIO, police at an impasse