Unless you are a voracious consumer of the news, you have likely not heard of one of the biggest national security failures to have ever occurred in Canada. The RCMP are investigating, but they won’t say much about any of what it is they are doing or the dramatic exposure to Canada.

In July 2019, Dr. Xiangguo Qiu and her husband Keding Cheng were removed from Canada’s only Level 4 microbiology lab in Winnipeg for what was described as a policy breach.

In January of 2020 they were officially terminated from the lab and their security clearance, the highest available in Canada, was removed.

A level 4 biomedical virology lab is equipped to deal with and research the most serious and deadly diseases to affect humans and animals.

What we do know is precious little considering the implications. Dr. Xiangguo Qiu sent several specimens of viruses including the frightening ebola virus to the microbiology lab in Wuhan, China.

We know that Dr. Xiangguo Qiu and her husband are Chinese nationals and are believed to be back in China, beyond the reach of Canadian justice. The national security implications are enormous yet the RCMP while admitting their investigation, isn’t telling the country what the exposure is, not only to Canada, but to the world.

Iain Stewart, President of the Public Health Agency of Canada which runs the lab in Winnipeg, appeared before the Parliamentary Special Committee on Canada/China relations in March. Let’s say he was less than forthcoming with answers to the committee. He was given until April 20, 2021 to hand over documents relating to the transfer of Ebola and Henipah viruses to China. It is not clear if this was ever done. The committee was also informed of an RCMP criminal investigation relating to the transfer, but no further information was forthcoming from either the committee or, not surprisingly, the RCMP.

Thus far, Cpl. Julia Courchaine, Mountie spokesperson in Manitoba has said the RCMP’s federal serious and organized crime section is conducting the investigation. But that was it.

The RCMP have been involved for more than two years and to date no charges have been laid and no information forthcoming.

Ebola is classified as a “Category A” bioterrorism agent by the American Centre for Disease Control (CDC) largely because it is very contagious and is fatal in over 80% of cases.

What seems clear is these two scientists were in fact Chinese agents or spies if you will,  who infiltrated the highest security bio lab in Canada and sent viruses and information to the government of the People’s Republic of China (PRC).

The RCMP and CSIS have been warning about efforts by the PRC to infiltrate various elements of Canadian business and government. This was illustrated in the report called Project Sidewinder which dates back to 1997.

In that report the RCMP and CSIS recommended a much deeper investigation into the many examples they had uncovered. The Liberal government of Jean Chretien refused and essentially killed the report.

The report still exists though and can be found here.

What should have been a wake-up call for Canada was shut down and efforts by the RCMP and CSIS to pick up where it left off have been thwarted by government.

What we are left with are things like the case of Dr. Xiangguo Qiu and her husband Keding Cheng. How did they get their highest level security clearances in the first place? They are Chinese nationals, arguably the biggest adversary of Western democracies.

How were they allowed to get highly classified information and actual samples of a Category A bioterrorism agent and allowed to send it back to the PRC. And to the Wuhan lab which is believed to have been the source of the COVID 19 virus which has killed several million people globally.

This alone defies logic. Who in our government was asleep at the switch in granting this couple the highest level of national security clearance possible? Or was it done deliberately? It is the responsibility of government to protect Canadians. And in this they have failed and failed utterly.

It is safe to assume that whatever confidential information Canada held in the area of biomed research and the use of viruses as terror weapons is already in the hands of the PRC.

It is also unlikely that criminal charges will ever be laid. Court documents would reveal the truth of this sordid mess and go a long way to tell Canadians who was responsible for this mind-boggling breach of national security.

Finally, with the exception of CBC reporter Karen Pauls, Canadian media don’t seem to be curious about any of this. They have to, after all, protect the government of Justin Trudeau at all costs.

This is a disgrace. Canadians need to remember this as they go to the polls September 20th. 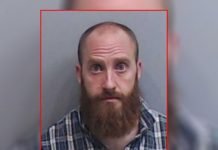 Teacher accused of raping girl, 13, he met on Tinder 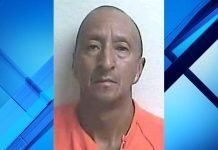 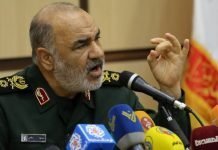 Criminal investigations launched into senior members of the RCMP

Appearances are everything in politics