In the wake of the madness in Ottawa, the words heroes and courage were being much bandied about. And as they should. We have all seen the video shot by the Globe & Mail reporter showing police officers with weapons drawn moving toward the sound of gunfire and then dozens of rounds being fired leaving Parliament’s attacker dead.

It is part of the job for police to move to danger while the rest of humanity instinctively moves away from it. On the face of that alone, courage is needed.

Two days before, a Delta police officer, Const. Jordan MacWilliams, was charged with 2nd degree murder resulting from an incident on Nov. 8th, 2012 at the Starlight Casino in New Westminster.

The charge is chilling.

MacWilliams at the time, was a member of the Integrated Municipal Emergency Response Team. They had been called to the casino after shots were fired and an agitated man was holding a woman hostage.

Police contained the scene and isolated 48-yr.-old Mehrdad Bayrami who was waving around a pistol. As the five-hour stand-off dragged on, police tried numerous things to bring an end to it, including negotiators and deploying a robot equipped with a phone in an attempt to start a dialogue.

A decision was made to try a non-lethal approach to arrest Bayrami using a ‘flash bang’ and Arwen guns, which fire large plastic projectiles. MacWilliams was designated “lethal” and positioned using an armoured police vehicle for cover. His job was to take the shot if the non-lethal approach went bad and the exposed officers were in jeopardy. This is a typical tactical deployment.

The flash bang went off and Bayrami jumped back, pistol in hand. At least one, if not both Arwen rounds missed the intended target and MacWilliams fired one shot hitting Bayrami who died nearly two weeks later in hospital.

It’s hard to see from that set of facts how this results in the incredibly rare charge of murder laid against a police officer doing his or her duty. I have only heard of two prior to this, both in Toronto.

Police are authorized in using lethal force if they perceive their life, or the life of another is in peril. In this instance MacWilliams was in the catbird seat in the turret and designated ‘lethal.’ What is critical is what was his perception of the danger faced. And we don’t know that because in the adversarial system created by the Independent Investigations Office, MacWilliams as the designated “subject officer,” declined to make a statement. Which, I might add, is his right and not atypical.

With this charge a chill has descended on all police officers, but most especially those on ERT squads. What might happen then, the next time they are in the catbird seat and designated lethal? If they hesitate because of this, a police officer might die needlessly.

There’s no doubt the IIO needed to get one “on the board” to justify their existence politically. Especially, given there is a Legislative Committee reviewing its efficacy currently and two separate probes that could prove embarrassing to the organization.

One probe is being conducted by a labour lawyer over concerns raised by a former investigator about the culture in the organization under the leadership of Richard Rosenthal. Allegations which were reported on extensively in The Province by Sam Cooper.

The other is an independent review, ironically first suggested by Cooper in a question to Rosenthal, to which he replied he would not do. That review, which Rosenthal ultimately did order under his authority in the Police Act, is reviewing the IIO’s first case, the shooting death of Greg Matters in Prince George in September 2012.

There have been allegations by a senior investigator about Rosenthal – of interference, mishandling of exhibits and altering the primary investigator’s report.

The problem with this review is that the reviewer’s report will be submitted to Rosenthal and he’s under no obligation to make it public. Which, of course, makes no sense whatsoever. How can an independent investigation into allegations of misconduct report back to the very person against whom the allegations were made?

The other curious detail about this case is that the Crown has opted to proceed against MacWilliams by direct indictment, a rare legal move. Proceeding by direct indictment is a tool used by the Crown, typically, for very complex cases. It was used, for example, in the prosecution of Jamie Bacon.

Direct Indictment eliminates the stage of the criminal process known as a preliminary hearing which, by design, tests the evidence against an accused and allows a Provincial Court Judge the opportunity to dismiss a case for a lack of, or insufficient, evidence to proceed with a full-blown trial. Why this police officer would be denied that process given the circumstances is puzzling indeed?

Neil MacKenzie, the Communication Counsel for the Criminal Justice Branch, issued a press release and then declined to offer any details on this incredibly rare case claiming it would not “be appropriate for CJB to release additional information or comment further at this time.”

A young police officer, with a young family, who made a judgement call in a high-stress circumstance and did what he felt was his duty is charged with second degree murder and neither he nor the public – nor frankly his colleagues still on the front lines – are entitled to know why?

On the day the charge was announced, Delta Chief Jim Cessford held a press conference on the steps of police headquarters. While in progress, many of the civilian staff saw what was going on and stood out on the steps to show support for MacWilliams.

Russian teen blows himself up in lobby of FSB building 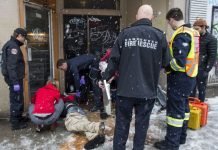 Killer asks Court to give society a lump of coal for... 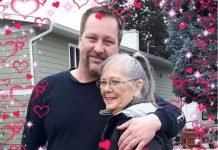 Man shot at Kamloops hotel in January believed to be uninvolved... 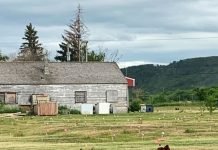