Prime Time Crime
Sunday, January 29, 2023
Home Uncategorized Much shame to go around in Dziekanski case but none of it...

Last Friday, the BC Court of Appeal dismissed Crown’s appeal of the acquittal of RCMP Cst. Bill Bentley, the first of the four Mounties tried, who was involved in the 2007 incident at YVR which ended with the tragic death of Robert Dziekanski. All four had been charged by the Crown with perjury arising from their testimony at the subsequent 2009 Braidwood Inquiry.

The Crown tried to argue that the four members colluded in essentially ‘getting their stories straight.’ The Appeal Court Justices agreed with Mr. Justice McEwan, the trial judge, who had this to say on the subject at trial:

“I can only say that the evidence does not go that far (collusion). The Crown has not shown that in any particular way Mr. Bentley made a false statement knowing it to be false and with intent to mislead the Inquiry. The Crown has advanced a suspicion based largely on circumstantial evidence. As to each particular, however, and as to the indictment taken as a whole, there are other explanations, inconsistent with the guilt of the accused that remain open on the evidence.”

Yet, in the decision by Mr. Justice Bill Ehrcke who tried Cst. Kwesi Millington and found him guilty, said on the matter of collusion, “Indeed that it is the only rational inference available on all the evidence.” Well no actually. It could be because the officers were telling the truth. Inference is not evidence and in fact, the evidence showed there was little or no chance of collusion.

Without regurgitating all of the evidence, let’s consider some salient facts. Once Dziekanski was secured he went into medical distress. Cpl. Monty Robinson, who was also found guilty of perjury, stayed with Dziekanski and monitored his pulse and respiration while awaiting paramedics. He directed the other three officers to go and identify any witnesses from the group of people who were in the area.

It was during this effort that Cst. Gerry Rundel located and seized the video which became known as the Pritchard video which became central to the Braidwood Inquiry. At this point Robinson called for a supervisor from Richmond Detachment to take conduct of the scene and the file. Cpl. Joe Johal arrived shortly thereafter. In fact, Cst. Rundel turned over the Pritchard video to Johal..

Once pronounced dead, the file became officially an ‘in custody’ death. The Richmond supervisor then called in the Integrated Homicide Investigation Team (IHIT) to take conduct of the investigation.

So, where’s the opportunity for collusion that Ehrcke predicated his “inference” upon?

Well, it isn’t there. Ehrcke was wrong as was Mr. Justice Smith who found, in similar fashion, Robinson guilty of perjury.

So what we are left with is a mess, a big mess. Cst. Bill Bently was first acquitted of the same charges, based upon the same set of facts and that acquittal upheld by the Court of Appeal in a unanimous judgement. It should also be noted that the Crown, represented by Special Prosecutor Richard Peck, was not represented at the decision despite the fact Peck brought in high-priced Toronto lawyer Scott Fenton to conduct the trial and the appeal. Yeah, that was taxpayers’ money well spent.

Cst. Kwesi Millington was convicted in a very questionable decision by Ehrcke and will be sentenced on June 22nd. That will most certainly be appealed and given the Appeals Court decision in the Bentley case, seems highly likely to succeed.

Cpl. Robinson, also convicted in another great leap of logic by the trial judge, will be sentenced on Tuesday, June 16th. That decision too, will almost certainly be appealed and, in my opinion, the conviction will be overturned.

Cst. Gerry Rundel, who seized the Pritchard video, was acquitted and the appeal period for the Crown has expired.

Robert Dziekanski spent 12 hours on Canadian soil and has cost the taxpayers millions of dollars between all the investigations, the Braidwood Inquiry and the dubious prosecutions done via the Special Prosecutor process. And there are likely two more appeals to come. And for what?

Dziekanski didn’t deserve to die, but, and make no mistake about this, he was the author of his own misfortune and he cost BC millions of dollars in an attempt to find someone else responsible.
The four Mounties who responded to the call that night at YVR did nothing wrong. And what’s worse is that throughout, the RCMP brass has never once defended their members who responded and acted according to the way they were trained.

There’s a lot of shame to go around in all of this, but none of it is on the four RCMP members who have been through hell for doing nothing more than their jobs.

National manhunt on for Port Alberni teens suspected of murder

Redacted WE documents are part of the coverup by Liberals Conservatives...

SNC-Lavelin scandal has nothing to do with saving jobs 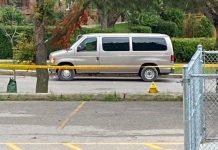 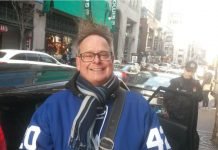 ‘Prince of Pot’ tries to get arrested for selling banned merchandise... 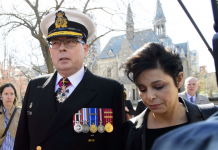