Prime Time Crime
Sunday, January 29, 2023
Home Uncategorized Much remains to be done in case of officer charged with murder

Spending Christmas in Costa Rica was outstanding. It was 85 degrees Farenheit under sunny skies every day. I heartily recommend it to anyone, especially the deep sea fishing with the folks from Kingfisher Sportsfishing. We had a good day out catching one blue marlin, three sailfish and five mahi mahi, known locally as dorado.

But it, as with everything pleasurable, it’s done. And back to work it is. And there is much to be done.

Delta Police Constable Jordan MacWilliams is still charged with murder. That travesty has yet to play itself out. Richard Rosenthal is still head of the Independent Investigations Office (IIO). That travesty also has yet to play itself out. This week, he lost yet another investigator who resigned. That makes 16, by my count, of the complement of 23. It’s officially the latter day version of Ted Mack’s Amateur Hour there.

Let’s make a bet shall we. By this time next year, I’ll wager Jordan MacWilliams will be back at work serving the people of Delta and Rosenthal will no longer be the threat he now poses to every serving police officer in BC in his position with the IIO.

In point of fact, at MacWilliams’ last court appearance the Supreme Court judge presiding scheduled a ‘pre-trial conference’ with the Associate Chief Justice of BC on January 21st.

Let’s consider that for a moment.

A sitting judge has no control over the schedule of the Associate Chief Justice. He didn’t just pull this thought out of the air. Yet, he was able to get both parties, the Crown and MacWilliams’ defence team to agree to the meeting without consultation. My guess is that this was all pre-arranged before the appearance.

Clearly this was done because the judge was uncomfortable with the fact the Crown has proceeded in this case by way of Direct Indictment, depriving MacWilliams of the opportunity afforded to anyone else of testing the evidence led by Crown at a Preliminary Inquiry.

So, this pre-trial conference, it seems, has been called to see if sanity will prevail.

I hope that it will but I’m sceptical. There’s a lot of skin in the game here for both Rosenthal and Juk. Although, I have to admit, how Juk got entangled in this mess is anyone’s guess. Yes, he the responsible senior Crown Counsel. But, the stated policy test when the police submit a Report To Crown Counsel (RTCC) recommending charges in any file is, is there a ‘substantial likelihood of conviction?’

No one who looks at this case can possibly argue that test is met. So, why has Juk applied a different standard to a police officer doing his job in this case by laying a charge of murder? Has Rosenthal, who needed to get one on the board to stifle critics including a number of investigators who couldn’t swallow his anti-police bias, somehow managed to co-opt a senior member of the Crown to play along with this charade?

I don’t yet know the answer to that question. But I do know this young officer did his job on that fateful day and does not deserve this fate. I also know that Richard Rosenthal is not the independent overseer of the police that the government intended his position to be.

Rosenthal has declared war on serving police officers in this case and in my opinion, it will be his downfall. My only concern is some good young police officers like Jordan MacWilliams might be collateral damage as he self-destructs. And he will.

And, for the record, I intend to help him do exactly that. 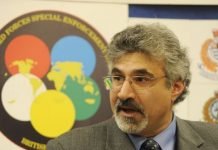 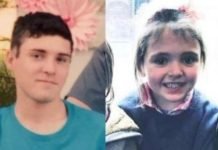 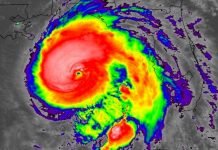 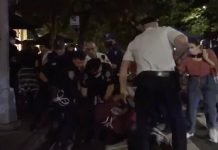