The conviction last week of former RCMP Corporal Monty Robinson on a charge of perjury troubles me greatly. As I have said before when discussing the events of that night at YVR, the death of Robert Dziekanski was tragic. But, the police officers acted according to their training and were within RCMP policy concerning the use of Conducted Energy Weapons (CEW) or Tasers as they are more commonly known.

And, for all the stuff and nonsense that has occurred in the intervening time, nothing changes that salient fact.

There was a comedy of errors in the aftermath of all of this that made the RCMP look bad. It started with Sgt. Pierre Lemaitre, a Media Relations Officer (MRO) with RCMP ‘E Division’ Strategic Communications at a press briefing given hours later at Richmond Detachment. He gave factually inaccurate statements that, in retrospect, were more spin than lies. But the damage was done and when the Pritchard video surfaced publicly made it appear as though the Force was engaged in a cover-up.

That was made worse after Lemaitre was removed as MRO and the matter was handed to Cpl. Dale Carr, the spokesperson for IHIT who had taken conduct of the investigation as a death in police custody.

For whatever reason, the RCMP brass decided not to correct the record and left the MRO to dangle in the wind. Meanwhile, the media frenzy built and the downward spiral continued, giving birth to the Braidwood Inquiry, the IIO and culminating with the conviction of Robinson on a dubious charge of perjury.

Now admittedly, Robinson is not a sympathetic figure having been found guilty of attempted obstruction of justice relating to a motor vehicle accident that occurred in 2008 in which Orion Hutchinson, 21, who was riding a motorcycle was killed.

Tragic yes, but that is not the full story.

The media has towed the line throughout that Robinson “hit” the motorcycle and Robinson went home and threw down two shots of vodka before returning to the scene and “admitted to what he had done.” (CBC: No jail time for disgraced ex-Mountie Monty Robinson)

But, that’s not exactly what happened. We can’t let the facts stand in the way of a media lynching now can we?

The accident took place a little more than a block away from Robinson’s mother’s house where he was taking his two kids, a boy, 7, and a girl, 12. He turned into the road leading to the house when, in the process of making the turn he was hit in the left front fender by the motorcycle being driven by Hutchinson who was doing 96 KPH in a 50 KPH zone. Oh, and the toxicology report determined Hutchinson had a blood alcohol level more than twice the legal limit.

Robinson’s kids were upset and crying. He knew the situation was serious and wanted to shield them from it so he gave his driver’s licence to a civilian witness at the scene and took his kids to his mother’s house.

It was there that he made a stupid decision to have two shots of vodka ostensibly to calm his nerves. He was shaken. Understandable, but stupid in view of his job and he ought to have known the problems that would result.

And he’s paid the price for that decision having been charged and convicted criminally for obstruction. But, it’s important to note that he was not at fault for the accident and never received so much as a ticket in the aftermath of the incident. What he did that was wrong was having those two shots of vodka before returning to the accident scene.

In doing so, he set the table for himself being the scapegoat for what happened at YVR. You see, with the baying hounds in the media, the government and the carpet cops in the RCMP needed one. And Robinson, as the senior member at the scene at YVR suddenly became convenient.

I have read the written judgement in the Robinson perjury conviction by Mr. Justice Nathan Smith. In a nutshell, he decided that because there was a blurring of facts in the takedown of Dziekanski, the police must have colluded and therefore Robinson committed perjury.

In reality, the deployment of the Conducted Energy Weapon (CEW) and Dziekanski going down and Robinson and his colleagues going ‘hands on’ to handcuff him all occurred in the blink of an eye. To convict Robinson of perjury because he originally told the IHIT investigator that they went hands on and wrestled Dziekanski to the ground when he corrected himself at the Braidwood Inquiry saying they went hands on as Dziekanski hit the ground is an incredible leap of logic and an absolute injustice.

Smith’s leap of logic that the four RCMP officers must have colluded when there was no evidence of that presented at bar furthers that injustice.

The other angering aspect is that Smith found that, “Viewing the video in the context of all the evidence, I consider it to be more likely than not that Mr. Robinson’s knee was on Mr. Dziekanski’s neck, but I am unable to conclude that beyond a reasonable doubt.”

Really? So, Smith is an expert in forensic analysis now and uses that to justify convicting a police officer of perjury?

Well, let’s turn to an actual forensic video expert who examined the Pritchard video, Grant Fredricks, whose analysis was part of the evidence in the Braidwood Inquiry.

But again, we can’t let the facts stand in the way of a judicial lynching. At least this lynching is metaphorical.

While Robinson cannot be actually lynched for this, being found guilty by Smith still means he will be going back to court at least one more time, for sentencing and a perjury conviction carries with it a maximum penalty of 14 years in prison.

The other member who was found guilty last month of perjury, Cst. Kwesi Millington, who wielded the Taser on that fateful evening, is more puzzling indeed. and, made more so because Mr. Justice Bill Ehrcke who after delivering his judgement has failed to post his judgement, meaning his reasons for judgement cannot be examined.

Here’s a couple of facts the media has not told you and I’m fairly certain Ehrcke ignored or didn’t consider. Millington, a junior member had never used a CEW before that night having only been trained in its use a few months earlier.

Also, being a junior member, had never testified in any forum prior to his appearance at the Braidwood Inquiry. Is it possible, perhaps even likely, that he might have gotten confused, perhaps even made a mistake in being cross-examined by experienced lawyers with an agenda? Yes, but perjury? I highly doubt it. But we don’t know for certain without the written reasons for judgement that should have been published by now.

The other injustice in all of this is that the brass of the RCMP has done nothing to correct the record. They have, thus far, allowed their members to swing in the wind, preferring to allow that than say publicly that they acted correctly and did nothing wrong.

There’s much more to all of this than meets the eye.  One of the other members involved that night was Cst. Bill Bentley. He was acquitted by Mr. Justice McEwan last year using the same fact pattern and the same video evidence. Now how does that happen while Robinson and Millington are convicted. Yet, we are meant to believe that they all colluded.

What is also somehow not discussed in the whole collusion theory by the Crown are the actual facts. With Dziekanski in medical distress, Robinson directed the subordinate officers to speak to witnesses, identify them and get preliminary statements in their notes. Once he was pronounced dead he directed them to stop taking statements and told them IHIT was on the way.

While doing this, one of the officers, Cst. Gerald Rundel, spoke to Pritchard found out about the video and seized the camera, memory card and case. He was directed to hold it for the follow-up investigators. Robinson gave up control of the scene to the responding members from Richmond Detachment and stood by awaiting IHIT. He sent the other three members to the YVR sub-detachment to make their notes and await IHIT investigators.

In the interim RCMP Staff Relations Representative (SRR) S/Sgt. Mike Ingles attended the sub-detachment and spoke to the three members whom he found sitting quietly in a common area making notes. He told them they did not have to give IHIT investigators a statement that night. He said they could consult counsel and get some rest before they were interviewed. All declined that advice believing they had done nothing but their duty and gave statements. As did Robinson who attended the sub-detachment offices in the company of the IHIT investigators. At no time was he in proximity of the other three officers to collude with them to ‘get their story straight’ as has been suggested in the media.

In point of fact, Mr. Justice Smith seems to think they got together at YVR to collude in the wake of Dziekanski’s demise and before the arrival of Richmond Detachment members while they were busy setting up a contained scene and interviewing witnesses including Pritchard. Where they may have had, what? A minute? Less than?

As one veteran Mountie said after the conviction, “Put any 4 members together and they can’t decide where to go for coffee in that time.”

Yet, according to Smith, that’s what happened in his opinion. No evidence. Just an inference he is drawing to convict Robinson.

This isn’t justice. It’s a travesty. 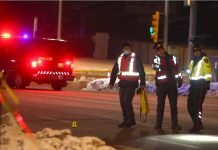 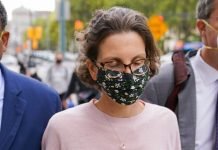 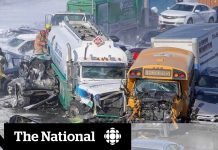