Prime Time Crime
Saturday, August 13, 2022
Home Crime & Punishment ‘Might’ isn’t right
For those of you who I have spoken to or who have read my piece on the taser incident at YVR (The right questions not being asked) try this piece by Les MacPherson of the Star Phoenix.

The media is driving a feeding frenzy on the RCMP who were simply responding to a call to deal with a violent man. They responded according to their training and the stated policy of the Force. Don’t like the policy? Fine. Make that the story. Think the Mounties were trying to cover up? Terrific. Have a go at their media relations strategy. But don’t go after the guys who were trying their best to do their job.

In response to the frenzy, the Government of BC has ordered a public inquiry to accomplish God knows what. Well, that knee-jerk just cost the taxpayer at least $5million. And for what?

The Canada Border Services Agency (Canada Customs) who had care and control of Robert Dziekanski for over ten hours in their holding area and were the last and only agency to speak with him before the RCMP were called to deal with the by-then violent man, are a federal agency under the control, so to speak, of the Public Safety Minister, Stockwell Day. The RCMP at YVR are in federal positions and not, as I understand it, covered by the provincial contract with the federal police agency. YVR itself is under the regulation of the federal Minister of Transport. I hate to be pedantic, but what can a provincial public inquiry hope to achieve into three departments under federal control?

Here’s a clue . . .absolutely nothing unless those agencies decide to cooperate fully with an ultra vires inquiry. That might occur. And the CBSA and YVR might actually say something to address the many serious questions that led to the Mounties being called by them to deal with a violent man they created.

A Look at the Other Side of the Taser Incident:
Man’s lack of co-operation necessitated force

We have all by now seen the disturbing video of the hapless Polish immigrant screaming, writhing and dying after RCMP officers used a Taser on him at the Vancouver airport. Now almost everyone in the country is piling on police for using excessive force.

Excuse me for not joining in. What people seem not to realize is that there is no way to subdue a violent, irrational and potentially dangerous suspect that isn’t disturbing. What, exactly, would these armchair critics have had the police do? Talk to the guy? They tried. Police when they approached the man were as non-threatening as they could be. It didn’t work.

The suspect, after storming around the airport, smashing up furniture and alarming everyone around him, was now ignoring police instructions. Instead of co-operating, as any reasonable person would have and should have done, he threw up his hands, turned around and walked away.

Were police supposed to let him go? Were they to let him storm around some more until he felt like obeying them? I hope not. For all anyone knew, the suspect was armed and potentially dangerous. Had he suddenly produced a weapon and killed an innocent bystander, say, the same people who today are condemning the officers for using excessive force would instead be condemning them for not using enough force. “Why didn’t they use their Tasers?” people would be asking.

All the man had to do was co-operate and no one would have been hurt. Instead, he resisted by walking away. If violent and potentially dangerous suspects can avoid arrest simply by walking away, we might as well not even have police.

Of course, Robert Dziekanski did not deserve to die. But someone who for no good reason is violent and destructive and who then ignores the police should expect to be roughly handled. That the rough handling in this case ended in tragedy is not the fault of police. They were using a tool that we have given them; a tool intended to reduce the risk of injury to both themselves and suspects.

No one could have foreseen that the suspect would not survive. Independent scientific studies in Canada, Britain and the U.S. have repeatedly found that Tasers are more likely to save lives and reduce injuries to both suspects and police. That’s why journalists and police officers routinely submit to being zapped for demonstration purposes. As an alternative to zapping Dziekanski, police could have tried to physically subdue him, but not without risk of serious injury to themselves and their suspect.

As for police batons, they have been found to be more dangerous still, more so, even, than Tasers. Of course, none of these are necessary for suspects who don’t resist arrest. Why Dziekanski behaved as he did, we may never know. We’ve all found ourselves waiting at one time or another for someone who doesn’t show up, as he apparently was. Most of us handle it without throwing around the furniture.

There was in this case the additional complication of a language barrier, but rational people overcome language barriers all the time, especially so in international airports. That 60 million others, many of them foreign, have passed through the Vancouver airport without incident would suggest that the problem was with Dziekanski.

By the time police were called to the scene, he had long since cleared immigration and was free to go. He could have sought out an interpreter. He could have caught a cab, found a hotel room and sorted it all out the next day. Instead, he went more or less berserk and then resisted arrest. Police are not allowed the luxury of sorting it out later.

Their duty was to subdue and arrest him, one way or another, and promptly. For all they knew, he was a smuggler whose erratic behaviour was caused by a broken condom of cocaine in his stomach. Had that been the case, their prompt action might just as easily have saved his life. When police are killed in the line of duty, we fret mightily over officer safety, for without officer safety, there can be no public safety. Then, when police use the tools we give them to make their dangerous job as safe as it can be, we condemn them. So which is it? 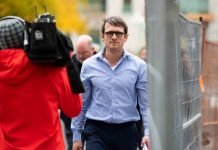 A year after espionage arrest, the RCMP still hasn’t acted on... 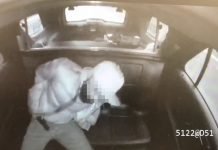 Arrested suspect pulls out gun in back of squad car

Another over-reach by the IIO