In the past 48 hours a number of media stories have popped up saying the Prime Minister Stephen Harper “hid” in a closet during the terror attack on Parliament Hill Wednesday. Twitter was alive with those affected with Harper Derangement Syndrome (HDS) tweeting and retweeting  the stories gleefully. The suggestion obvious that the PM was scared and a coward.

Nothing could be further from the truth.

The Prime Minister was moved into the nearest place of sanctuary by aides once shots were being fired outside the caucus meeting room. Period. Any suggestion that this was anything else is pure nonsense.

As someone who has spent time on the Prime Minister’s security detail I do have some knowledge on the subject unlike some of the vitriolic tweeters gleefully pointing at these cheap journalistic shots.

The Prime Minister’s security detail has increased in the days since 9-11. But the one thing that didn’t change was that they left the PM at the House of Commons and he was free to move between the House, Caucus meetings and his office without the encumbrance of his security detail. So, on Wednesday when an Islamic nutter killed a soldier guarding the War Memorial and took a run at the centre of our democracy, the Prime Minister’s security detail was not in the building but waiting nearby outside Centre Block.

In the caucus room the Prime Minister is the chairman of the meeting, but there are more people in there than MPs. There are a number of staffers and aides who run errands getting information, provide advice and generally make themselves helpful. Security is provided primarily by the HOC security team headed by the Sgt. at Arms who distinguished himself heroically.

When the shots rang out some of those staffers grabbed the PM and bum-rushed him into a closet to keep him safe while while security forces dealt with whatever was going on outside the door of the room. It wasn’t the PM’s choice, it was the appropriate reaction to a fluid and violent attack on our seat of government.

The incident has caused the RCMP to change the protocols relative to protecting our head of government.

The PM’s security detail will now remain with the PM on a 24/7 basis much as the Secret Service does with the US President. Previously, the detail was only with the PM when he was outside the residence or Centre Block. That has now changed.

So, with due respect to those who are trying to gleefully suggest that Harper somehow was cowardly during the attack, please do yourselves a favour, and frankly the rest of us, and dummy up. You haven’t a clue what you are talking about.

Many questions remain in political fall out of Norman prosecution 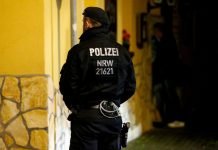 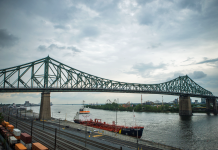 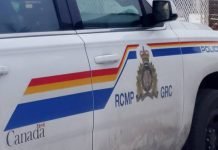 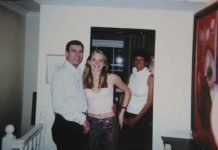