Prime Time Crime
Sunday, January 29, 2023
Home Crime & Punishment Media Sheep
Years ago, when John Yorston hired me into the mewsroom of the now defunct Montreal Star, I was taught that jounalists had to question everything and to source what you were being told twice or more. I wonder where that dogma has gone in the mainstream media in Canada today.

Last week, Ontario Lieutenant Governor James Bartleman testified before the Air India inquiry that he had seen a piece of raw intelligence that indicated an attack was imminent on Air India and had promptly marched it over to an unnamed Mountie who said he had already seen the intel. Bartleman then said he’d heard about the Air India bombing in which 329 people lost their lives as he was packing the family up to go to the lake for the weekend. And for twenty plus years he said nothing!

The Central Canadian mainstream media may swallow this wholeheartedly as is their wont, but please, is there anyone in the real world, who believes that a career bureaucrat who was in the posession of some information that seemed to play out to be true, wouldn’t engage in a “cover your ass” exercise by telling someone superior immediately after the event?

Give me a break!

Bureaucrats learn, very soon after they are weaned from the nipple, that they must engage in an exercise called CYA – Cover Your Ass. Go on, I defy you. Ask any civil servant what “CYA” means and you will hear the response “Cover Your Ass.”

So, back to the career civil servant and now the Lieutenant Governor of Ontario. How is it possible that he warned the RCMP of an impending threat, heard that the threat was carried out and did absolutely nothing for over 20 years to cover his ass?

I call Bullshit, Your Excellency.

And while I am on the subject of “bullshit”, what is with lawyer Norm Boxall? He is representing some of the Air India families. He was chirping about the five months it took to get a warrant to intercept a primary target of the police investigation.

Excuse me! It is the lawyers who have created such a logjam for police to get intercept warrants in the first place. If this jackass wants to know what the problem is/was, perhaps he should look at his own learned friends.

Consider this quote from former Vancouver Police Homicide Sergeant on the subject: “A lawyer complaining that it takes too long to get a wiretap. Perhaps he might consider the fact that the original legislation which in itself was overly complex and cumbersome, was drafted by lawyers. Since then, decisions of the Supreme Court have made it even more complex and restrictive on the police as a result of……..you guessed it……submissions by lawyers. Who stands ready to toss a wiretap should an ‘i’ not be dotted or a ‘t’ crossed? Yup, judges, who used to be lawyers. Lawyers have turned Part Vl into such an impossible administrative monster that most cops run the other way rather than become involved in one.”

Trudeau’s briefings highlight a problem with journalism in Canada 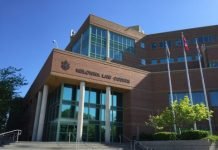 No jail for Kelowna killer 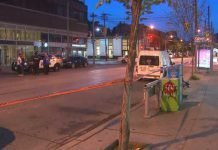