Prime Time Crime
Tuesday, January 31, 2023
Home Crime & Punishment Liberal posturing fails to get at root of gun problem
Federal Justice Minister Irwin Cotler’s announcement on manadatory minimum sentences for gun crimes proves yet again that they just don’t get it.
On the face of it the Liberals need to show they can be tough on crime. After all, with Mr. Justice Gomery’s final report due in February we will be going to the polls within the next six months whether or not the opposition can force an election earlier. And, any announcement from this government that appears to do anything to stem the rising tide of violent crime is welcome.
But realistically, Cotler’s most recent foray into the debate about manadatory minimum sentences is nothing more that political posturing. And the Liberals can posture with the best.
The real issue is the illicit drug trade and the turf wars that go along with it. Organized crime in its many forms is at the centre of all of this and any attempt to deal with the gun violence in our cities needs to recognize this at the outset. And it is on the issue of organized crime that this government fails miserably.
Look at the report released by FINTRAC last week claiming they had identified over $2 billion in suspected money laundering and terrorist financing.
Hey, that’s great guys! Now, if you don’t mind, could you answer this: What have you done about it?
The short answer is nothing. They claim to have made 142 disclosures to law enforcement. Great. Now what are they going to do with it without the resources to actually investigate it?
And this is where the rubber meets the road in all of this. The RCMP are essentially the only organization that has the capability to do organized crime investigations. Municipal forces are focussed on meeting the demands for service in their various communities and are unwilling to commit any of their scarce resources to long-term, expensive investigations into organizations that don’t recognize or respect borders.
That leaves the Mounties. There are a couple of special sections such as the CFSEU in Ontario, Quebec and now in BC as well since they usurped the Organized Crime Agency (OCABC). But they are small sections with limited budgets. To follow money laundering information such as FINTRAC provides, requires a large team of dedicated investigators, surveillance units, electronic intercepts and time. A lot of it. These investigations take more than a year on average and that is just to go after one of the 142 disclosures made by FINTRAC.
The bottom line is that the police are barely making a dent in organized crime in this country. The drug trade and the profits it generates for organized crime far surpasses any efforts the police are able to mount. And that leads to a lot of competition for control in the streets. And that leads to guns in the hands of street level gang-bangers, used by the real players as cannon fodder in the bigger game.
If Cotler and his colleagues really wanted to make a dent in gun crime, they would produce some initiatives to give law enforcement the tools and resources to actually wage a war against organized crime instead of only being able to engage in superficial skirmishes.
If they actually wanted to do something. But they don’t. As best I can tell, all they want to do is cling to power.
Leo Knight
leo@primetimecrime.com
Share on Facebook Share
Share on Twitter Tweet
Share on Google Plus Share
Share on Pinterest Share
Share on Reddit Share
Read Full Article 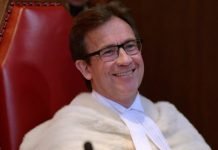 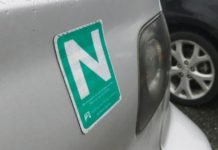 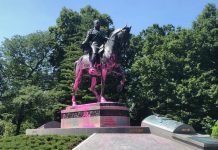 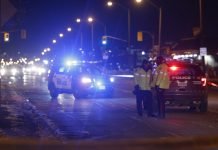