It seems the chickens are coming home to roost for the IIO’s Chief Civilian Director Richard Rosenthal. The BC government has finally launched a probe into senior leadership. According to a story in the Victoria Times Colonist (BC government launches investigation into civilian police watchdog) the decision to involve the Public Service Agency, essentially the Human Resources department for government, was made by Deputy Attorney General Richard Fyfe after receiving numerous complaints.

It’s about time. I wrote that Rosenthal should be fired last June for his horrible leadership and the resulting problems in the IIO. (IIO needs a leadership to be successful) Since then more investigators have resigned and the morale within spirals ever lower among those that remain The IIO is desperately trying to hire more people to fill the gaps and meet their statutory obligations. But the reality is that the only people with the requisite expertise who would work for Rosenthal are those who are desperate for a job or haven’t done their research.

And there’s the rub. Without that expertise how is any police officer expected to have any faith they will be given a fair shake if they are involved in a serious incident? If you have investigators who don’t know what they are doing trying to handle, for example, an officer-involved shooting, essentially a homicide investigation, how can the police or the public be confident in their results?

Every former IIO investigator I have spoken to describe a workplace mired in poor morale, bullying leadership and bad decision-making. And nothing has changed, but more of the same as outlined in this piece (‘Morale went downhill fast’ former employee says of police watchdog).

It is patently obvious that Rosenthal and his sidekick, John Larkin, have to go if the IIO has any possibility of succeeding in the long-term. What is equally obvious is that the construction of the IIO also has to change. There needs to be the ability of employing those with major case management expertise in positions, at the very least , as directors (current terminology) or team commanders. One of the current directors is a former CBC reporter. One wonders what particular expertise that skill-set allows to supervise a serious incident investigation involving the actions of the police.

I have written extensively of the case of Delta Police Constable Jordan MacWilliams who has been charged with second degree murder as a result of the shooting of an armed hostage-taker at the Starlight Casino in November, 2012. In that particular case, from the time of the shooting until a charge was laid, there were three separate primary investigators or ‘team commanders’ assigned to the file. One went off on long term leave, the other was hired as a constable with Victoria Police leaving the current one.

Think about that. He was the primary investigator, supervising numerous investigators in a homicide investigation that has resulted in a murder charge against an ERT officer just doing his job and in the midst of the process he was hired as an entry level police officer.

And while I’ve got you thinking, the person who has requested the investigation by the Public Service Agency, Richard Fyfe, was, I am told, a part of the process to hire Rosenthal and to whom Rosenthal reported. He has known about the leadership issues of Rosenthal for several years inasmuch as many of the complaints of former investigators went directly to him. And, he was also the person who signed the Direct Indictment charging MacWilliams with murder, bypassing the normal process of having a preliminary hearing to determine if there’s sufficient evidence to proceed with a trial. With that he has deprived MacWilliams of his right to test the evidence the Crown is using to allege murder against a police officer who was just doing his job.

I can’t speak for MacWilliams, but if it were me, I wouldn’t have much faith in a process with all of this going on. Fyfe, like Rosenthal, is a lawyer by trade.  He was called to the bar in 1986 but has spent much of his career with the Attorney General’s ministry rising over the years to his current position as Deputy Attorney General. He became a QC (Queen’s Counsel) in 2009.

But he was instrumental the process of creating this monster, the hiring of Rosenthal, doing little for months on end despite knowing about the problems in the IIO and then signing the incredibly rare Direct Indictment in a case that seems to be as clean a police shooting as I have ever seen.

I don’t question his competence. But, if I were MacWilliams, I would wonder if the case against me was a doubling down on the bad decision to hire someone like Rosenthal in the first instance. I would wonder if, by prosecuting a good police officer who did his job in a life and death situation, was an effort to justify the existence of an organization that has had such a troubled launch. I would wonder if the politics of needing the IIO to be perceived as a success was why I was being prosecuted for murder and facing life in prison for just doing my job.

NOTE: I no sooner posted this when I came across this: Sex discrimination trial starts Monday

How in the name of all that is good did the due diligence into Rosenthal not turn this up? Were any background checks done for someone to lead this embryonic police oversight organization?

This is getting more outrageous by the day. Fire him and do it fast. As Shakespeare said, “If ’twere done and done well, then best ’twere done quickly.”

‘Golden Boy’: Espionage suspect was a polarizing figure as he rose...

French waiter took too long to serve a man a sandwich... 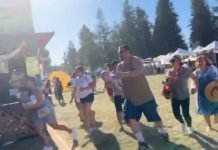 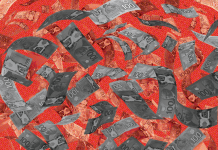 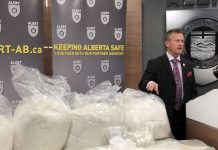 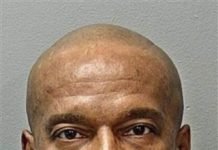