Prime Time Crime
Saturday, February 4, 2023
Home Crime & Punishment Layton tries to talk tough
Was that really NDP leader Jack Layton trying to talk tough on crime today? Now that’s funny!
Layton and his gang of group huggers are desperate to jump on the bandwagon since crime became a dominant issue in the federal election campaign. Today he was touting his solutions to the problem and predictably, he demonstrated the next time he gets a good idea will be the first time.
Among the foolishness uttered by Layton was this gem as reported by CTV. “He said his party would reduce access to crystal meth by stopping the illegitimate importation and sale of the drug. As well as increasing support for drug addiction programs.”
I don’t know where to start with that pearl of wisdom. He is going to stop the importation and sale of crystal meth! And just how, pray tell, is he going to do that? What sort of magic wand has he got that thus far has failed the entire drug enforcement apparatus of the United States who, I should add, are a great deal more active in the war on illegal drugs than anything this country has been able to muster.
Paul Martin says banning handguns (which are essentially already banned) is the answer to the gun crime spiralling out of control in this country while Layton has fanciful notions that he could actually stop the importation and sale of crystal meth.
These are our leaders. Sad isn’t it?
Leo Knight
leo@primetimecrime.com
Share on Facebook Share
Share on Twitter Tweet
Share on Google Plus Share
Share on Pinterest Share
Share on Reddit Share
Read Full Article

What’s at stake for RCMP, prosecutors in SNC Lavelin case

Clouding the issue of gang crime 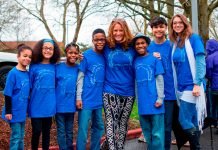 A city of reconciliation

Doing what is right