While sitting in the lounge at Toronto’s Pearson airport this week I was killing some time reading the only newspaper in this country worth spending some time with: The National Post.  And there on page A11 with the slug “Justice” was this story: “Judge banishes teenage car thief from Winnipeg in unique sentence.”

Some little piece of human excrement, described as a serial car thief, who cannot be named here because of the $%$$!! stupid YCJA, will be sent away from Winnipeg to spend a term of probation in Yorkton, Sask.  The time is to be spent with “family” according to the court.  I’ll just bet the good burghers of that town are overjoyed at that prospect.  Sales of steering wheel locks ought to go up overnight at the local Canadian Tire store.

Everyone associated with the decision is unsure if there will be any effect on the young darling who cannot seem to get through a day without stealing a car.  But he isn’t likely a disappointment to his family.  His family has a collective 180 convictions for auto theft among them.  That’s convictions, not charges or even police interventions in theft auto files.  Convictions.

Now, I don’t know about you, but I suspect this is all going to be a waste of time, money and people’s efforts who have to try and manage this file in the probation office.  I also suspect, and I will give odds, that this waste of good oxygen is going to be arrested in the first 30 days behind the wheel of a stolen car.  I will even allow you to hedge your bet by my stating that the arrest will result from a high-speed chase with police.

And that’s really the problem here – this little piece of crap, masquerading as a human being, is not being made responsible for his actions.  That’s offensive to the rest of society and not just the people of Yorkton, Saskatchewan who are about to experience a crime wave courtesy of the Manitoba courts.

The courts simply cannot or will not get their heads around one of the basic principles of sentencing stipulated in the Criminal Code of Canada which is that protection of the public must be a consideration when pronouncing sentence upon a convicted person.

So, let me ask the question:  How are the citizens of Yorkton, Saskatchewan being protected by the courts in a sentence where a prolific car thief is given probation and sent to a town in which he does not live, to stay with a family who seem to think auto theft is the family trade?

It’s all a mystery to me.  Our justice system, were it actually that, should put this little piece of crap in prison for a very long time.  Because, in doing that, they would actually protect the good people of Yorkton, Saskatchewan.

And while they were at it, they could send the other members of his family along with him.

Or, as some would say, just shoot the lot and put them out of society’s misery. 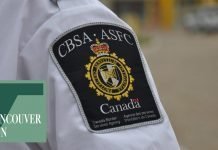 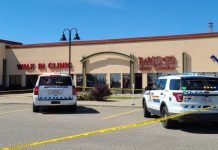 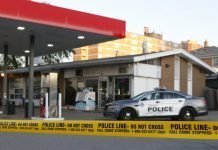