Prime Time Crime
Saturday, August 13, 2022
Home Crime & Punishment Justice is a myth in Canada
It is quite amusing really to hear the Chief Justice of the Supreme Court of Canada, Beverly McLachlin, say that it’s a myth that Canadian courts are soft on crime. It is perhaps frightening to think that she might really believe it.
I guarantee that there is not a right-thinking person in this country who is not a criminal, a Liberal or a lawyer who would agree with the perspective spouted by McLachlin. It simply doesn’t matter which case you look at in Canada, justice is never done. There is a legal system in Canada, but it can hardly be described as a justice system.
It doesn’t matter whether we are talking about the courts in Manitoba who are blatently ignorant about the Hells Angels or the provincial court in BC who simply cannot or will not jail habitual criminals for anything longer than a couple of weeks despite dozens and dozens of previous convictions and in the face of the highest property crime rates on the continent, the courts in Canada are failing the citizens of this country day after day. And nothing the Chief Justice tries to spin will alter that fact.
A regular reader wrote to me this week after yet another judicial outrage. Here are his comments unedited.
************************************
When are we going to learn? When they blow up the CN Tower, the Lion’s Gate Bridge at rush hour? Acts of terrorism are acts of war and must be treated as such if we are to have any hope of defending ourselves. Liberals like Bill Clinton characterize it as a law enforcement problem which should be addressed with the Marquis of Queensbury Rules.
What a beauty this judge is. I can’t imagine how they missed appointing her to the provincial courts in BC. She allows the wife to go surety while at the same time noting that she has previously lied to the court and voicing concern that she will not carry out her responsibilities. Then she takes comfort in a Supreme Court of Canada decision that offers the ‘suggestion’ that the danger represented by a terrorist declines with the time he spends in custody. As Ed McMahon used to say on the Johnny Carson show, “I did not know that”. I guess spending time in a Canadian correctional facility miraculously saps the rabid hatred these people have felt for us all their lives. Right. Like it rehabilitates ordinary criminals and makes them fear going back. I also didn’t realize the learned judges of the Supreme Court have become such experts in international terrorism.

In addition to the obvious risk, there’s the expense of the physical and technical surveillance required to monitor this individual and ensure he respects his ‘extreme form of house arrest’. The liberals would have us believe that we should all be happy to foot that bill because by protecting Mr. Jaballah’s rights we are simply protecting ourselves. I know they like to think that Mr. Jaballah and his ilk are drawn to Canada for its diversity, tolerance, and multiculturalism and, of course, have no axe to grind against us because, after all, we’re not Americans. Call me suspicious, fascist, racist, whatever you like, but when it comes to terrorists I don’t believe anything they do or anywhere they go is coincidental or without purpose.

Based solely upon what was written in this article, Mr. Jaballah should have been on his way home a long time ago and the judge had the benefit of a lot more evidence than that. It galls me that all that is keeping this killer here is the ‘suggestion’ (as opposed to ‘evidence’, ‘high probability’ , ‘certainty’) of torture should he be deported to his native Egypt. Sorry folks, but when the presence of a committed foreign terrorist (Read: ‘enemy combatant) threatens Canada’s Security and that of it’s allies, in my mind the situation should be resolved in favor of Canada.

This is war and our rights trump his. Plain and simple. 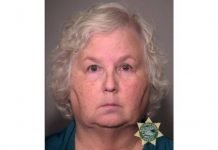 Novelist who wrote ‘How to murder your husband’ accused of murdering... 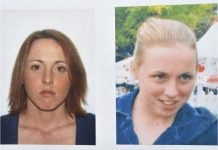 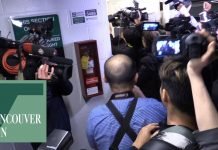