Prime Time Crime
Monday, November 28, 2022
Home Crime & Punishment Justice failed
I’m stunned. I have seen all manner of stupidity and hand-wringing social engineering nonsense coming from our courts in Canada, but nothing I had previously seen prepared me for the blatent nonsense which emanated from the BC Court of Appeal in the case of American accused murderer Vernon Maurice Walker.
Walker is accused of shooting a man in a Seattle alley in June , 2005. A witness picked him from a photo array of six individuals. But this identification wasn’t good enough for Mr. Justice Ian Donald. Unbelieveably, he actually believes it was his duty to pontificate on the legitimacy of the photo identification and decided to release this ‘alleged’ murderer.
Walker came to Canada betting on the lenient criminal justice system in the hope that he would be able to hide from American justice after ‘allegedly’ committing a murder. And, just to prove his intentions were well-placed, Mr. Justice Donald gave credence to him with his flagrantly stupid judgement.
Yes, stupid. For I cannot fathom what great leap of mental gymnastics could possibly lead the supposedly learned judge to reach the conclusion that an eyewitness is not good enough to meet the test of whether there is a case to be met in the jurisdiction the murder was committed.
And that is the point. It is not within the purview of Mr. Justice Donald to determine guilt or innocence. But rather, it was his duty to determine whether there was sufficient evidence to have the individual placed before a court in the jurisdiction preferring the prosecution. In this case Seattle, not Moscow or Beijing. Seattle, in the state of Washington, in the United States of America. You know, in the cradle of democracy where individual rights trump everything. The place that sets the standard for the rest of the Western world.

And it was in that duty that Mr. Justice Donald failed and failed miserably.

And it is in that failure that he has put to risk another life because as sure as God made little green apples, Walker will not change his past behaviour, alleged though it may be, and become a God fearing, contributing member of our society. No, I’m willing to participate in any betting pool on when Walker will be arrested again.

One can only hope that the next person who falls victim to Walker won’t be someone near and dear to me or thee. 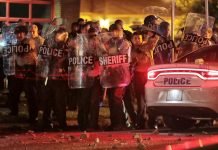 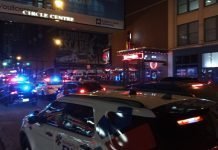 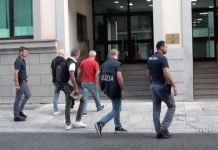 Tilting at windmills with effect