The war on police continues.

Last weekend, 12 Dallas police officers were shot, five of them fatally by a nutter with military training and Islamic inducement. Oh yes, I should add the shooter was black and the cops shot were white. In the ensuing ‘negotiations’ with police the shooter said he was trying to kill as many white cops as possible. But apparently, according to the Department of Justice, this was not a hate crime. Had the tables been turned, you can bet it would be a hate crime.

Yesterday, a travesty of justice was committed in a Vancouver court against a Mountie who was just doing his job. Cst. Kwesi Millington, the young officer who wielded the Taser at YVR the night Robert Dziekanski died, was appealing his conviction for perjury.

In issuing a 23 page written judgement, the Court of Appeal essentially punted. In legal terms they said the appellant (Millington) didn’t argue his case well enough to convince them to order a new trial.

Millington, with his legal team headed by Vancouver lawyer Ravi Hira will seek leave to appeal to the Supreme Court of Canada. I am not holding my breath on this one.

Hira argued five solid points on appeal yet the Court of Appeal gave him short shrift. Why?

The essential component of the criminal trials against the four officers involved in the YVR incident is did they collude to make up some sort of statement? In and of itself, this is nonsense. One only need look at the timeline of events to conclude it was impossible. Yet, the bespectacled, pencil-necked Mr. Justice William (Bill, when I knew him as a junior prosecutor) Ehrcke somehow managed to “infer” they must have colluded.

How, is a whole other question considering once Dziekanski went down, Cpl. Monty Robinson was monitoring his physical symptoms while the other three officers were canvassing witnesses.  Once the watch NCO from Richmond Detachment arrived and took control of the scene, he ordered  the three constables to the sub-detachment to await follow up investigators and Robinson to remain at YVR to await those self-same investigators from IHIT.

Erchke’s “inference” could also be justifiably called a “great leap in mental gymnastics” yet the Court of Appeal declined to deal with that.

One wonders if they were told to let sleeping dogs lie as it were?

From day one of this affair, politics has reared its ugly head.  The Braidwood inquiry which emanated from this was fundamentally flawed in that Mr. Justice Braidwood found the four officers colluded in the absence of any evidence. To conclude that one presumes that imagination trumps evidence.

That finding triggered two legal reviews. One, commissioned by the RCMP, was done by very respected counsel Len Daoust. He concluded that no case existed against the four members relative to perjury at the Braidwood inquiry. The other, that of Special Prosecutor Richard Peck, pursued the matter at great expense to the taxpayer.

Why, for example, were the four members prosecuted individually? Surely that quadrupled the cost to prosecute the cases on essentially the same fact pattern. Apparently, once a Special Prosecutor is appointed no further oversight can be done by the Criminal Justice Branch. Every decision is up to the Special Prosecutor. The meter on billable hours just runs and runs.

The prosecutions included flying a lawyer back and forth from Toronto for every appearance, argument, trial date and what have you.  Flights and hotels for a Toronto lawyer? Why? Are there no competent lawyers in Vancouver?

One notes that Peck was hired by the same Toronto lawyer a few years back to deal with a matter involving the Toronto Police. Apparently, scratching backs is accepted among lawyers when dealing with taxpayer dollars.

For the record, neither Richard Peck nor Mike Fenton, the Toronto lawyer who prosecuted three of the four cases, deigned to show up at the appeal hearing. Peck left it to his juniors. Perhaps he thought he’d lose the appeal?

But no victory for Kwesi Millington who spent the day in a jail cell. Just as he did the day the appeal was argued. A cop who was just doing his job was in a jail cell as his lawyer tried to argue common sense to a legal panel bereft of it.

I’m stunned. Offended. And a myriad of other things I probably cannot and should not say.

The YVR Four did nothing wrong. Yet two, the non-white ones by the way, were convicted and sentenced to jail for doing their jobs.  My anger in this is palpable.

It’s very hard to go to jail in BC if you are a garden variety criminal charged with B&E, theft, assault, rape, robbery etc. But a cop doing his job? Two years is the standard apparently.  And the BC Court of Appeal is okay with that.

Alleged top Mafia boss arrested again before he took even one... 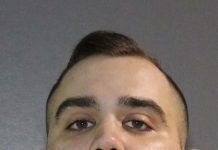 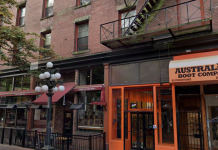